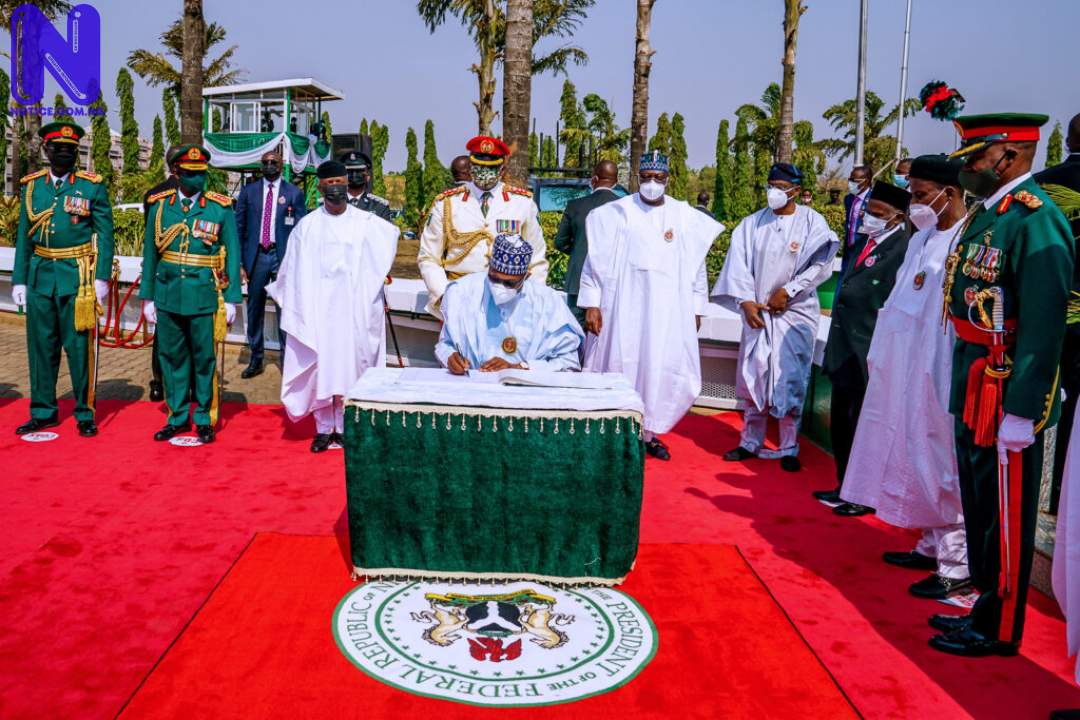 In keeping with the tradition of the Armed Forces Remembrance Day, President Muhammadu Buhari, his Vice, Yemi Osinbajo, Senate President, Ahmed Lawan, Speaker of the House of Representatives, Femi Gbajabiamila and the Chief Justice of Nigeria, Ibrahim Tanko Mohammed laid wreath in honour of the fallen heroes.

The colourful ceremony, which is observed every January 15, usually holds at the National Arcade, opposite the Eagle Square, Abuja.

The 2022 edition featured parade by the Nigerian Armed Forces. The event holds simultaneously across the 36 States of the federation.

Recall that the Armed Forces Remembrance Day is observed on January 15 to commemorate the servicemen of the Nigerian Armed Forces, veterans of world war 1 and 2, as well as the Nigerian civil war.

Other dignitaries who graced the event include: Minister of State Health, Mamora, SGF, Boss Mustapha Chief of Staff to the President, Ibrahim Gambari, Minister of Niger Delta Affairs, Godswill Akpabio, Minister of Labour and Employment, Chris Ngige among others.

High point of the event was the release of white pigeons symbolising freedom and peace of the nation.

READ ALSO >>> 9th Assembly under me not perfect, made some errors – Senate President, Lawan