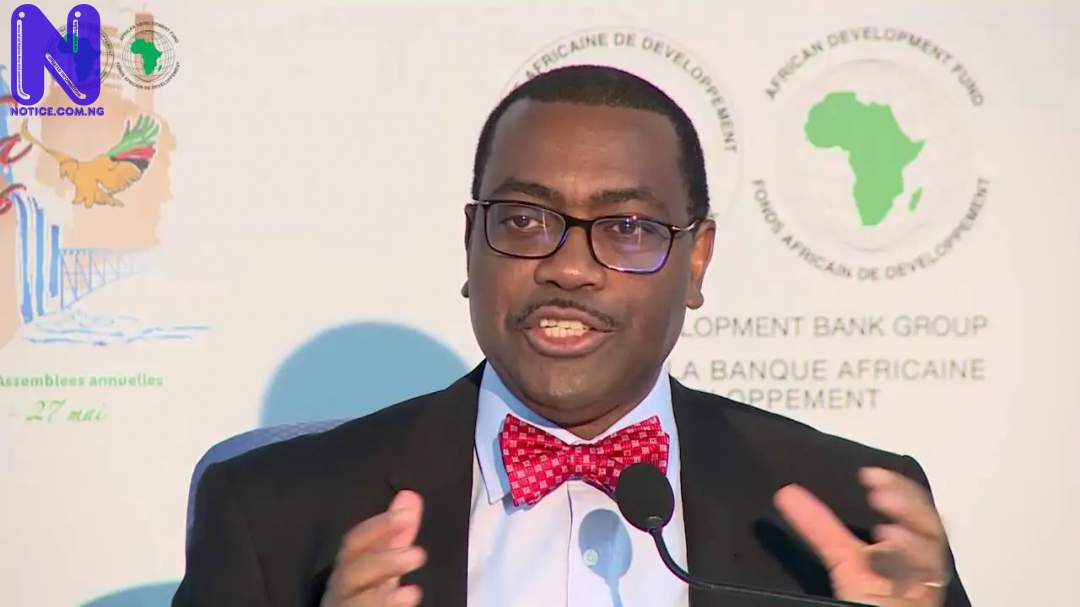 Akinwunmi, while speaking at an event in Lagos on Sunday, appreciated Buhari for nominating him for re-election for a second term as president of the bank.

As stated by Adesina, “Nigeria has invested so much in me.”

“When asked by Ex-President Goodluck Jonathan to serve as Minister of Agriculture, it was duty calling me to the land of my birth.

“I served Nigeria to the very best of my ability. I thank God that Nigeria’s agriculture sector witnessed a much-needed transformation at the time.

“With the strong support of President Jonathan and the then President elect, Buhari, we campaigned very hard for the position of the President of the African Development Bank.

“It was a Nigeria effort, as all hands were on deck.

“This included our Ex-presidents and heads of state, Gen. Abdulsalami Abubakar, Gen. Yakubu Gowon, Olusegun Obasanjo, Ex-Vice Presidents Atiku Abubakar and Namadi Sambo, and of course my dear indefatigable sister, Dr. Ngozi Okonjo-Iweala, who ran a spirited campaign for me.

“By God’s grace, I was elected President of the African Development Bank on May 28, 2015, exactly 24 hours after my term of office as Minister ended.

“The nation jubilated as I became the first-ever Nigerian to be elected President of the bank since its establishment in 1964.

“Once again, Nigeria gave me air in my lungs.

“At the African Development Bank, we have worked very hard.

“In my four years as President, we have connected 16 million people to electricity, provided 70 million people with improved agricultural technologies to achieve food security.

“In all, 181 million people have directly benefited from our investments.

“I am proud of all my staff and the Board of Directors whose hard work and relentless support have helped make this happen.

“The African Development Bank has continued to maintain its global AAA rating. Last year, the bank was rated the 4th most transparent institution globally.

“Nigeria again is giving me air in my lungs, to keep on climbing.

“I wish to immensely thank and appreciate Buhari for nominating me for e-election for a second term as President of the African Development Bank and for being such a wonderful champion and supporter of my re-election,’’ Adesina said.