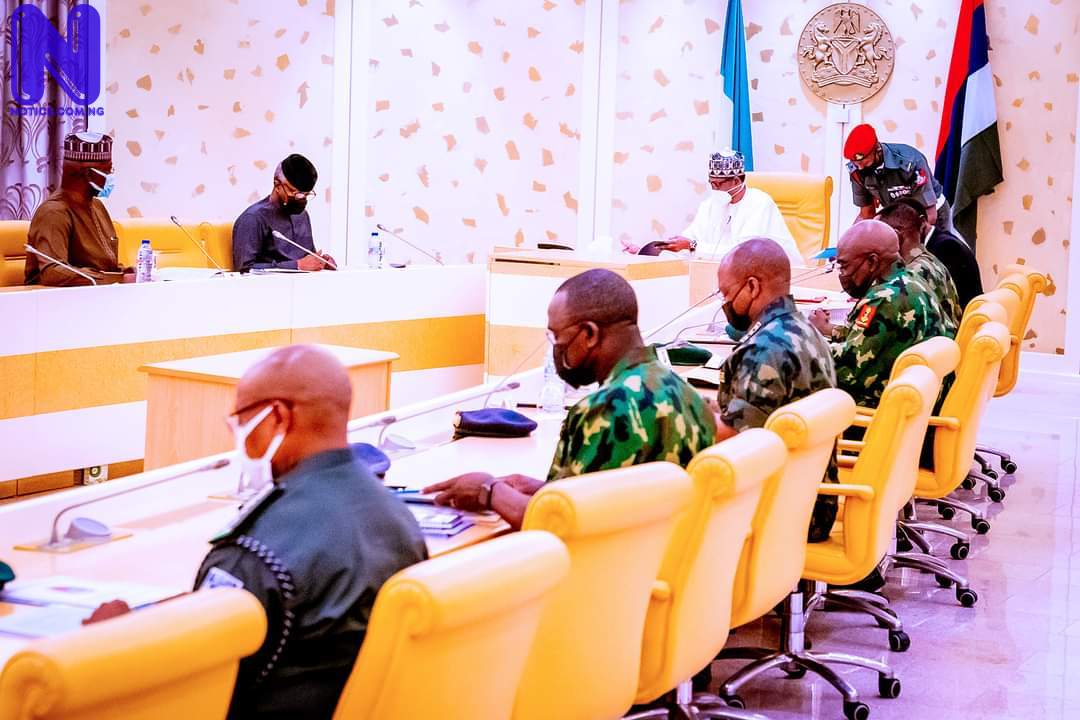 President Muhammadu Buhari has approved new security measures, specifically targeted at the Southeast and South-South regions of the country.

This happened during the series of security meetings held in the last 11 days.

Those in attendance attoday's meeting include the Vice-President, Yemi Osinbajo, Secretary to the Government of the Federation, Boss Mustapha and Chief of Staff to the President, Professor Ibrahim Gambari.

Usman Alkali Baba, the acting Inspector-General of Police, confirmed this to State House Correspondents after the meeting.

He, in spite of that, declined to give details.

Buhari also approved a memo presented by the National Security Adviser (NSA), Major General Babagana Monguno (rtd), on the control of drugs, which he said are enablers of insecurity, but did not also elaborate.

The NSA said the meeting stressed the need to address the security challenges in the country particularly those that have arisen in the last few months.