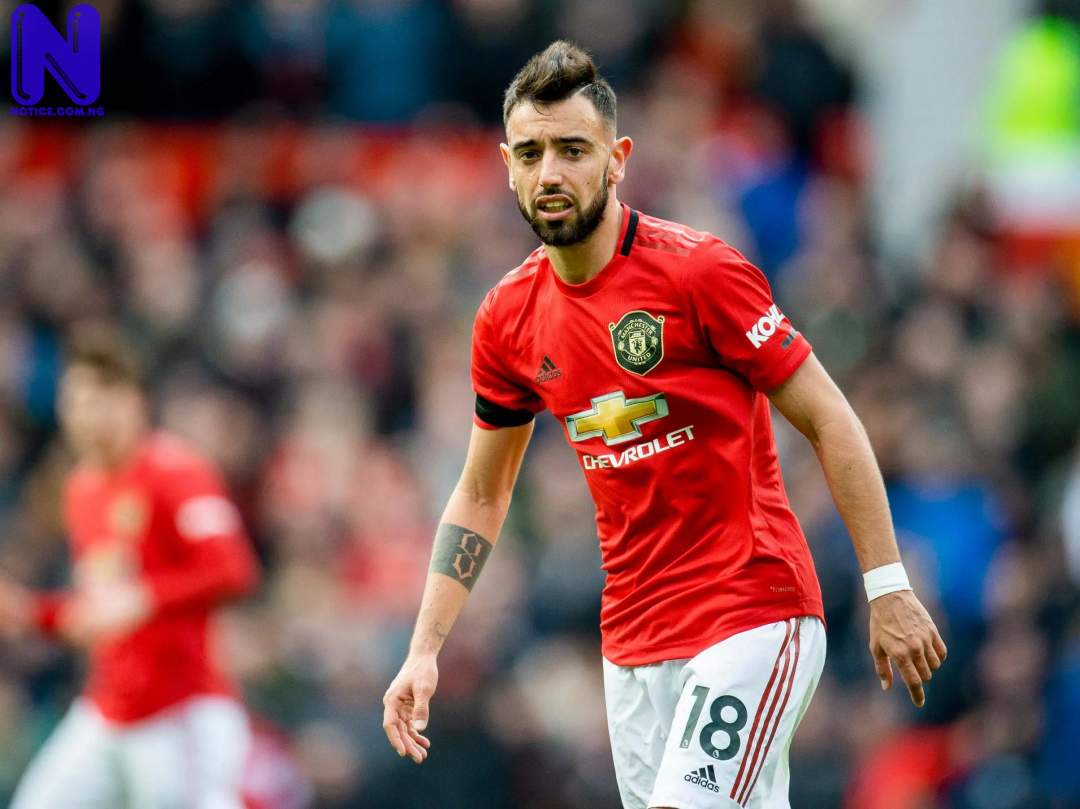 Manchester United midfielder, Bruno Fernandes, has said that he was honoured after manager Ole Gunnar Solskjaer made him captain ahead of the Red Devils’ Champions League clash against Paris Saint-Germain on Tuesday night in France.
The Portugal international said it was important for him to lead Man United, adding that he was not expecting to captain the club.
Solskjaer had made Fernandes captain for their match against PSG in Harry Maguire’s absence after the England defender sustained a slight injury on Saturday in Man United’s 4-1 victory against Newcastle United in the Premier League.
Reacting, Fernandes said on Monday as quoted by Man Utd’s official website, “I was not expecting this.
“I know at the same time as you. Of course, for me, it’s an honour I will be captain for my team-mates and being captain of Manchester United is important for me.
“I think the captain is everybody and everyone needs to help; everyone needs to be a leader. The leadership is different in every player.
“Tomorrow will not be about me. It’s about the team. Leading the team is every day in the training ground, every training, every game, and I think everyone is doing their own job to lead the team in the way they think is the best.”