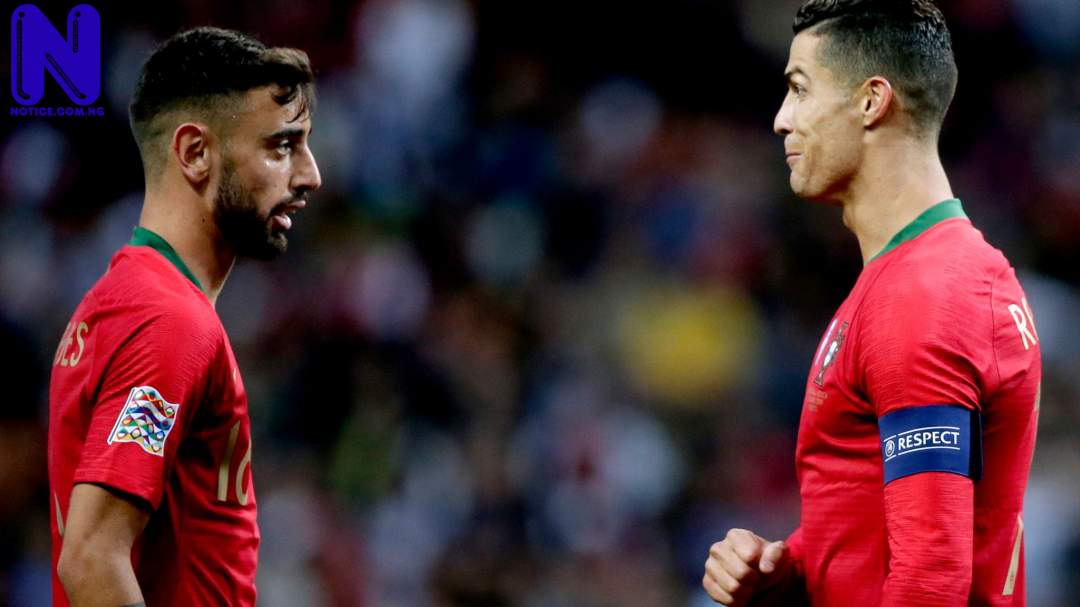 Manchester United midfielder, Bruno Fernandes has played down talk of a rift with Cristiano Ronaldo.

Fernandes and Ronaldo are both Manchester United and Portugal team-mates.

And the 37-year-old Ronaldo, who appears to have played his final game for the Red Devils after he publicly slammed his manager, Erik ten Hag, the club's owners, the Glazers and the hierarchy, was reportedly in a face-off with Fernandes as both players prepare for the World Cup.

Fernandes, who joined Portugal late due to his involvement in Manchester United's 2-1 victory over Fulham over the weekend, met Ronaldo for the first time since his comments and images and footage show the 28-year-old looking less than impressed as he shared a tense handshake at the national team's base.

However, team-mate Joao Mario came out to claim that there was no fuss between the two stars, revealing that Ronaldo had jokingly asked Fernandes whether he had travelled to the camp by boat.

And Fernandes on Tuesday night backed up Mario’s version of events when he tweeted: “Oh Joao Mario, there you are ruining the headlines!”