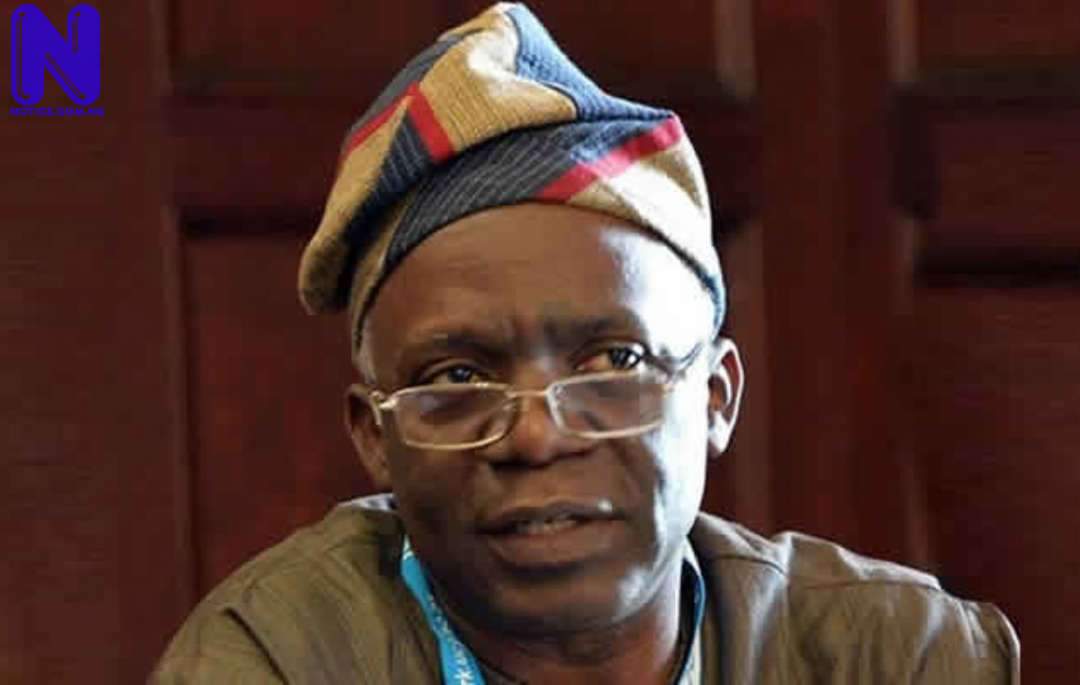 Lagos Fiery Lawyer, Mr Femi Falana(SAN), has declared that the All Progressives Congress-led Federal Government was allegedly misled into having the erroneous impression that only border closure can guarantee food security and economic development in the country.

Falana, a social crusader and human rights activist added that the National Assembly lacks the constitutional powers to promulgate any law under the guise of Hate Speech, saying such was not captured under the exclusive and concurrent lists of the 1999 constitution.

The human rights lawyer clarified that going ahead to promulgate such law would not only betray the trust reposed in the National Assembly by the Nigerian populace but would erode the powers of the state legislative arm since Nigeria operates a federal system of government.

Speaking in his Ilawe Ekiti country home on Wednesday during the burial procession for Mrs Ibijola Falana, the Lawyer said it was wrong for President Muhammadu Buhari to have closed the borders indefinitely without taking cognisance of the fact that such will inflict serious pain on the already burdened Nigerian citizens.

“I don’t support the closure because it is illegal, immoral and economically senseless. It cannot be defended under the ECOWAS Protocol on Free Movement of Persons and Goods. Punishing millions of community citizens for the offence of a few smugglers is immoral. Contrary to the claim of the federal government that smuggling has stopped the criminals involved in the nefarious trade have merely changed tactics.

“Following incessant trans-border crimes including armed robberies and smuggling of vehicles from Nigeria to Benin Republic in 2003, Olusegun Obasanjo administration closed the land border between Nigeria and Benin Republic for about a week. Before the border closure, the federal government had investigated and confirmed that one Mr. Ahmadu Tijanni, a highly influential citizen of Niger Republic based in Cotonou was the mastermind of the trans-border criminal activities. Even though he was a sacred cow in Benin Republic, Mr. Tijanni was arrested by a team of the Nigeria Police.

” Tidjani was tried, convicted and jailed for armed robbery by the Ogun State High Court. In view of the fact that the Customs Service in Benin Republic is hampered from collaborating with its Nigerian counterpart to stop the smuggling of goods from Benin Republic to Nigeria, the Federal Government ought to report President Patrice Talon for using a private company to manage its Customs affairs. This is the only way to stop smuggling, not border closure alone”

On the vexatious hate speech bill proposal, Falana insisted that the Supreme Court had declared in a number of cases that the National Assembly lacks the constitutional powers to make laws outside its legislative competence, which by implications are residual matters meant for the houses of assembly.

“The attention of the national assembly members ought to be drawn to the fact that the Penal Code and Criminal Code applicable in the Northern and Southern states respectively have made provisions for hate speech because it is a state offence. Hence, the House of Assembly of each of the states has enacted laws against incitement, false accusation, sedition and criminal defamation. No doubt, the constitutional validity of the hate speech bill will be challenged in court if it is passed by the National Assembly and assented to by Buhari.

“Unfortunately, while the attention of Nigerian People is fully concentrated on the hate speech bill APC and PDP governors are using the Terrorism Prevention Act, Cybercrime Act, penal code and criminal code to suppress press freedom and freedom of expression in the country. The authorities of Cross River State, Akwa Ibom State, Kano State, Kaduna State, Katsina State. Delta State and Zamfara State have charged the opponents of governors with criminal offences including terrorism and treasonable felony.

Falana said the proponents of the seemingly clandestine third term agenda were ill advised on the venture, describing it as a sad reminder of the military era.

“Indeed, the case is a sad reminder of the case filed in court by the Association for Better Nigeria set up by Senator Arthur Nzeribe to pave way for General Ibrahim Babangida’s extended tenure agenda. In Benin Republic, Togo, Cote d’Ivoire, Guinea and Guinea Bissau the governments have plotted third term plans by rigging elections at gunpoint, suppressing the media, disobeying court orders and perpetrating illegalities under the pretext of defending national security.

” Instead of constricting the democratic space the regime should be open up. Rigging of elections should be completely outlawed in the country. The suppression of the media should end while court orders should be fully complied with”. He added