Boko Haram under fire as MNJTF escalates offensive in Nigeria 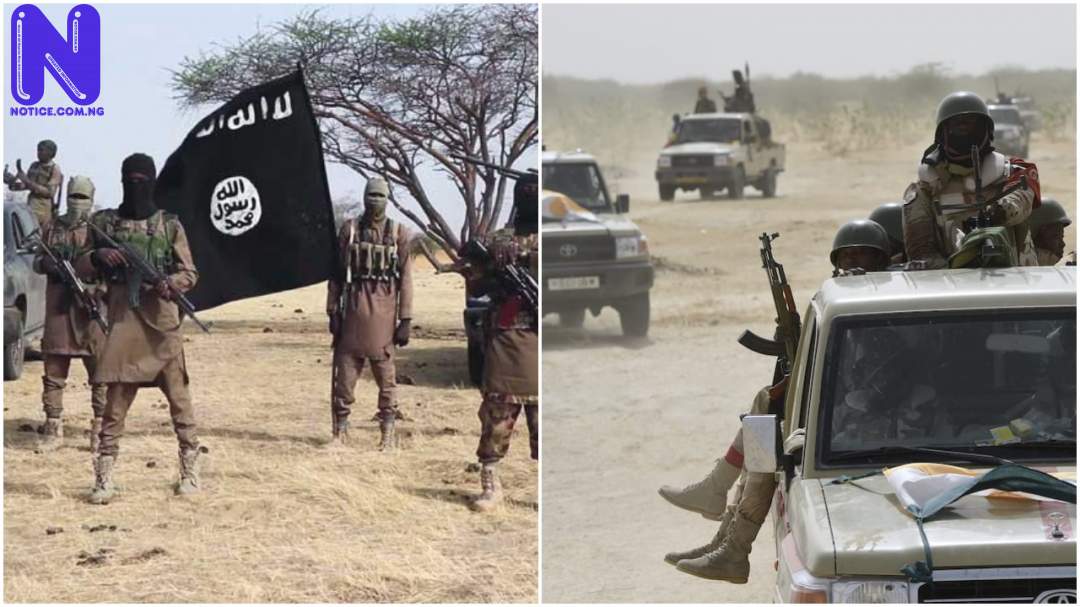 The Nigerian military and regional allies recorded successes against Boko Haram in the last one week.
In a renewed assault, Multinational Joint Task Force (MNJTF) countries – Nigeria, Chad and Cameroon – have increased firepower against the sect.
The operation, codenamed Tura Takai Bango, is the first offensive in 2021 under the Counter Insurgency (COIN) Operation Lafiya Dole.
Terrorist enclaves in Bula Kurege, Darussalam, Gwoza, Izza, Pulka, Mafa, Maiyanki, among others have been attacked.
The raids led to the elimination of scores of Boko Haram fighters and key commanders including Ali Bor and Maleum Modu.
“Many were also killed through airstrikes. The collaborative operation is continuing”, a source told Press.
The latest combat has been linked to the escape of more Chibok girls from the forest.
On Thursday, news filtered in that some kidnapped students of Government Girls Secondary School in Chibok found their way back home.
In 2014, Boko Haram seized 219 girls from their dormitory but 107 are now free. While the majority were through negotiation, others made a run for it.
It is worthy of note that these developments coincided with the exit of Ex-Service Chiefs and the appointment of successors.
Equally interesting is Chad’s return to the MNJTF nine months after President Idriss Deby announced withdrawal.
In April 2020, a furious Deby stated that his country would no longer participate in external military campaigns.
He accused neighboring states of not doing enough to hold their side of the Lake Chad basin. It is believed Nigeria was the target of the comment.
Deby’s outburst was sequel to Chadian troops’ pummeling of Boko Haram. They killed hundreds of insurgents and in the process, freed a few Nigerian soldiers held captive.
Deby ordered the operation after the terror group killed more than 90 soldiers in Boma, the worst attack ever on Chadian Armed Forces.
There are speculations that one of the conditions Chad gave Nigeria to rejoin the MNJTF was if the latter changed its military heads. Press could not verify.
Chiefs of Defence – General Abayomi Olonisakin; Army – Lt-Gen. Tukur Buratai; Navy – Vice Admiral Ibok Ekwe Ibas; Air – Air Marshal Sadique Abubakar, were retired on January 26, one week after Chadian forces entered Nigeria.
The new chiefs are Major-General Leo Irabor (Defence), Major-General I. Attahiru (Army), Rear Admiral A. Z. Gambo (Navy), Air-Vice Marshal I. O. Amao,(Air).
Stakeholders had urged MNJTF countries to put their differences aside in order to defeat the common enemy.
Last December, Governor Babagana Zulum met with Deby to discuss regional security and repatriation of thousands of Nigerian refugees, majority from Borno.
The MNJTF was established by the African Union’s Peace and Security Council to exterminate Boko Haram in the Lake Chad general area.
The headquarters is located in N’Djamena. Sectional headquarters are in Baga (Nigeria), Bagasola (Chad), Diffa (Niger), and Mora (Cameroon).