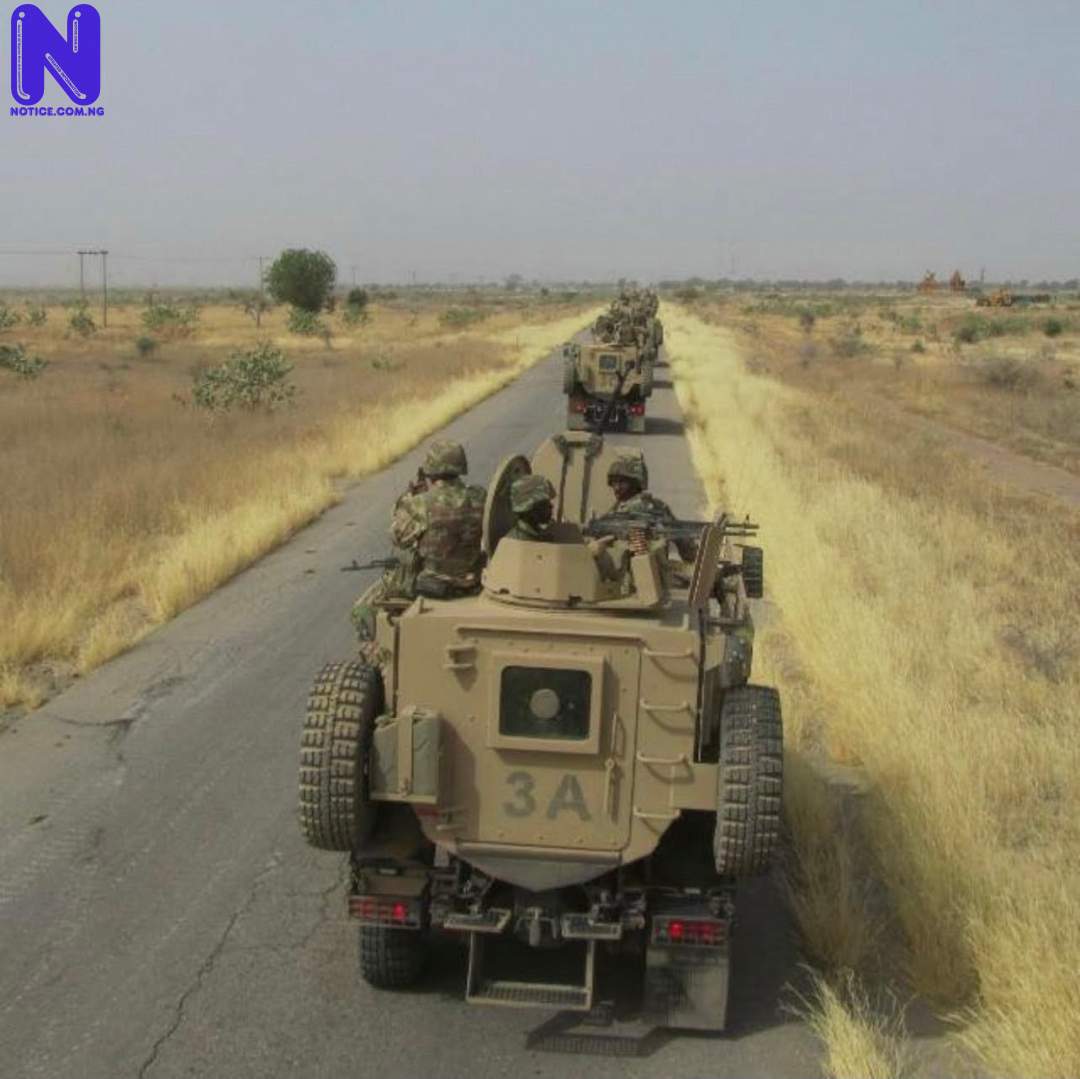 A detachment of Nigerian soldiers fighting Boko Haram were involved in an accident on Thursday.

The troops were on their way to rescue travellers attacked by Boko Haram along Maiduguri-Damaturu road.

It was gathered that the specific area is the Auno – Jakana axis.

The route, which links neighbouring states Borno and Yobe, is usually targeted by terrorists.

A source told Press that the military personnel were speeding to ensure they get to the scene of attack before the sect members flee.

A video of the incident showed trucks moving in a convoy and then a loud bang after one of them crashed.

Brigadier General Onyema Nwachukwu, Director of Army Public Relations could not be reached as at press time.

“There is at least one casualty. You can see the gallantry displayed. They were rushing to help fellow Nigerian People, it’s unfortunate”, another informant told Press Thursday night.