Body of 5-year-old recovered as building collapses in Lagos 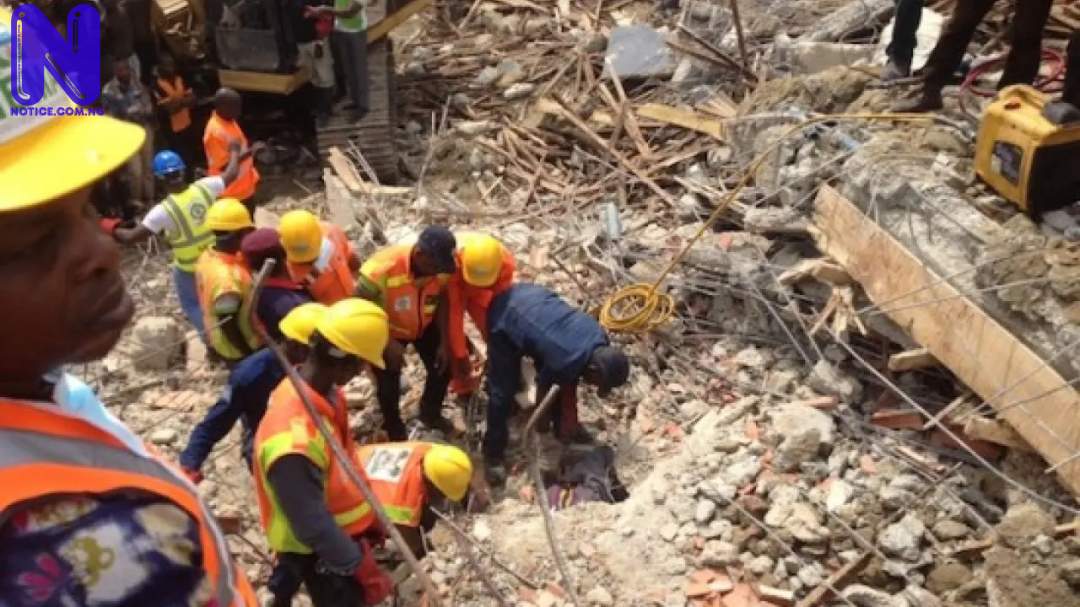 The Lagos State Emergency Management Agency (LASEMA) on Thursday said it recovered one dead body from a building that collapsed in Lagos Island.

The LASEMA Director-General, Dr Olufemi Oke-Osanyintolu, confirming the incident, said the five-year-old casualty died as a result of a beam that collapsed on him.

He said that the agency received a distress call at about 10:55 a.m. of a collapsed building at No. 19, Church Str. in Lagos Island.

Oke-Osanyintolu noted that LASEMA's swift response to the distress call helped in saving the lives of the occupants of the building except one.

"The single, yet-to-be identified fatality was due to a room beam that partially collapsed on him when the incident occurred.

"Further investigation revealed that the building had been slated for a non integrity test because of visible cracks on the beam and columns of the building.

"All the tenants had been asked to evacuate and the building cordoned off for the safety of residents.

"Unfortunately, an adolescent lost his life to the incident," he said