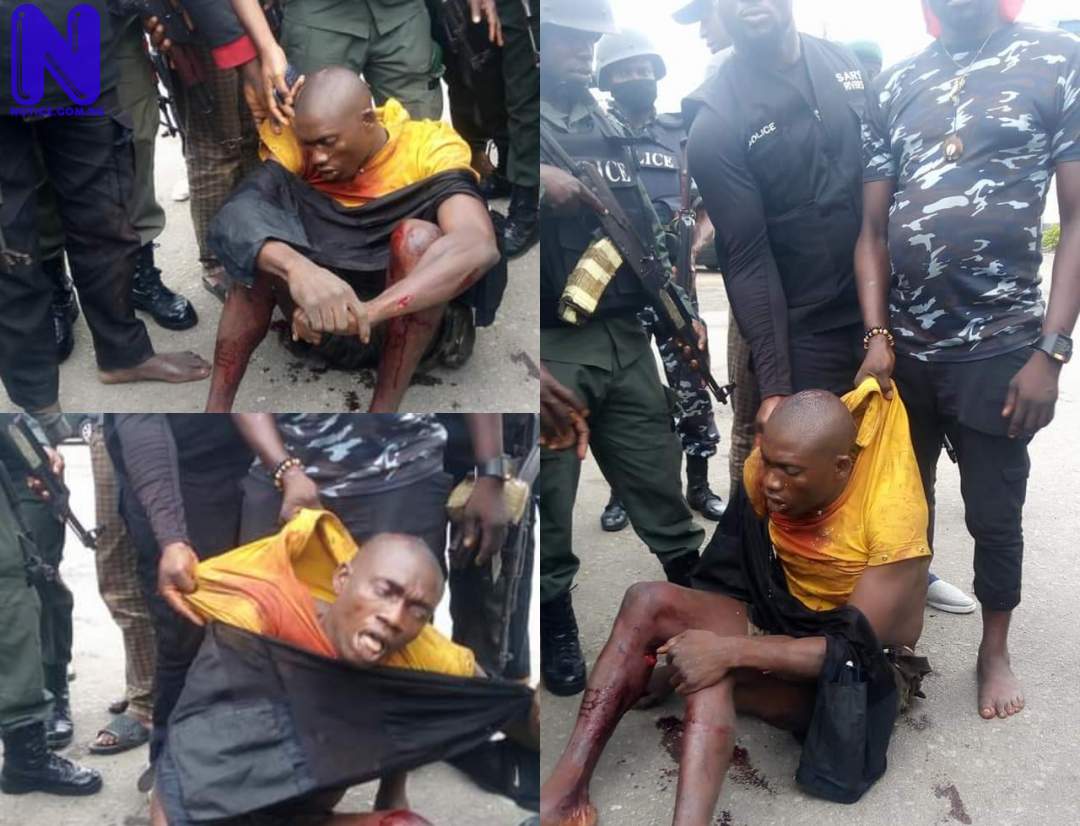 The most wanted criminal in Rivers State, Honest Digbara, aka Bobisky, has died hours after his arrest, Vanguard reports.
Bobisky died following multiple gunshot injuries and machete wounds, which he sustained during the crossfire that led tohis arrest this morning.
The Commissioner of Police, Rivers State Command, CP Joseph Mukan, had revealed that Bobisky and his gang on sighting “Police engaged and in a return fire, his driver was fatally wounded, while he was arrested alive.”
Governor Nyesom Wike had placed a N30million bounty on Bobisky’s head.
He was a terror to many residents in the Ogoni area of the state and had been linked to most of the criminal activities recorded in the area.