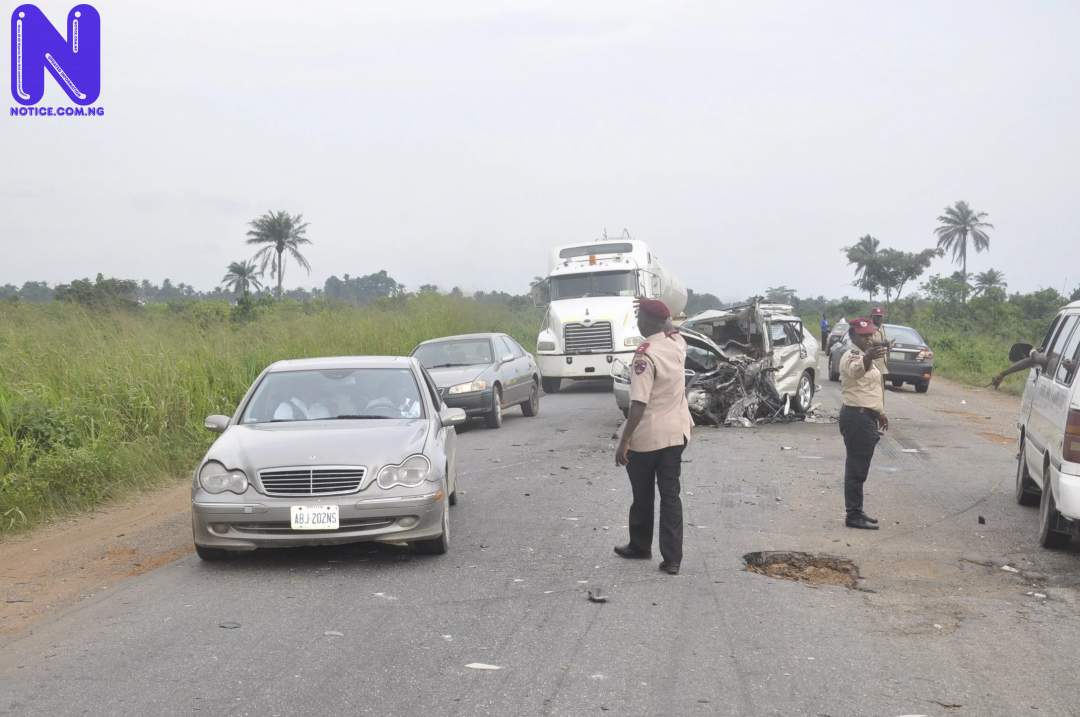 Six persons have reportedly died on Sunday along the Enugu-Onitsha expressway at Nkwelle Ezunaka, Oyi Local Government Area of Anambra State in a fatal road accident.
Press gathered that 11 persons also sustained varying degrees of injury in the crash which involved two vehicles; a white commercial bus and an unregistered shuttle bus.
Public Education Officer, Federal Road Safety Corps in Anambra State, RC Kamal Musa who disclosed the news of the accident said it happened after 5pm on Sunday.
“Six people were killed and 11 injured in a fatal crash involving a mini white bus belonging to CDO transport Company with registration number BGT 313 XA and a white truck without a registration number.
“Accident was recorded at 1710hrs this evening 22nd November 2020 at Nkwelle Junction along Nteje – Onitsha expressway.
“Eyewitness report reaching us indicates that the crash occurred as a result of excessive speeding leading to loss of control of the bus and crashing eventually.
“A total of 17 people; 11 male adults and six female adults were involved in the Crash. 11 male adults who sustained varying degree of injuries were rushed to Iyi – Enu Hospital, Ogidi by FRSC rescue team from Nteje Unit Command.”
He added that corpses of the six persons who were killed in the accident have been deposited in a Mogue after Doctor’s confirmation.
He added that the road obstruction caused by the accident is being cleared to ensure the free flow of traffic.