Biggie under pressure not to disqualify Erica - BBNaija 2020 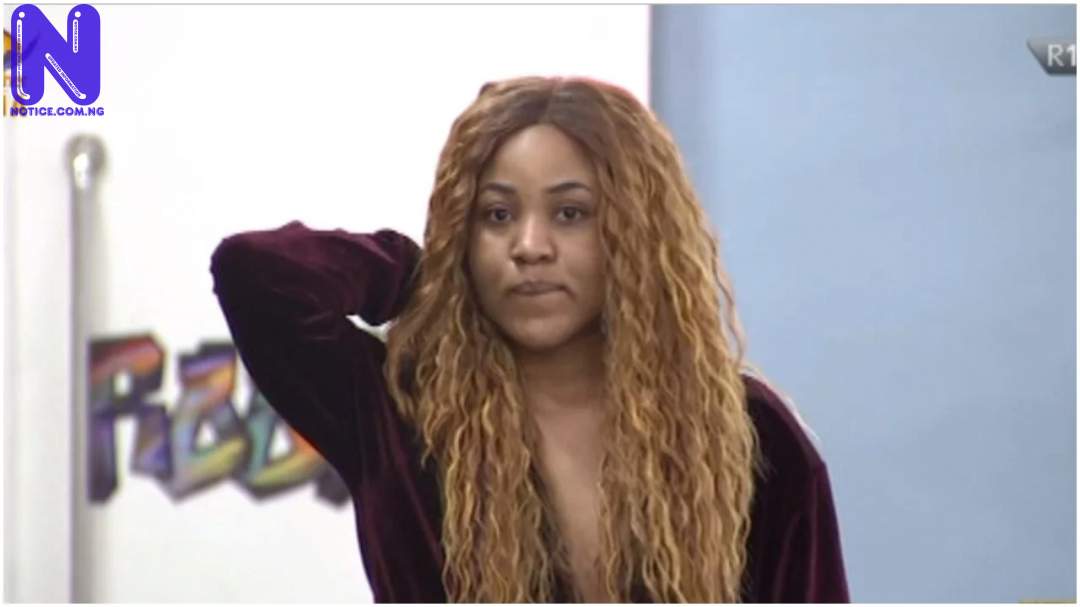 Some Big Brother Naija fans have pleaded with the organizers not to disqualify Erica over her clash with Laycon.
Erica, who is Head of House (HoH) this week, already has two strikes.
On Sunday morning,she poured water on the HoH bed, to prevent her Deputy, Prince, from sleeping in it.
This contravenes Biggie’s rules, which stipulates both Head of House and their deputies must sleep on the same bed for the week.
Erica has admitted that she is ready for any consequences.
Last year, Tasha was also disqualified from the show, after a clash with eventual winner, Mercy.
Reacting, some Nigerian People on social media urged the organizers of the show, to pardon her, citing mental health issues and intoxication, as why she snapped.
Here are some comments Press gathered:
@TamandaniNatal1: Please Erica must not go anywhere. She did nothing wrong

She was just angry these housemates really pushed her. Biggie needs to brief these housemates and punish them for disregarding the HOH.. Also the only fitting punishment for Erica is no alcohol.
@StarGirlStanAn1: Erica asked for a psychologist several times and she was denied. Broken heart
@Kiddrica_conten: Please Erica request a therapist but there was no response. And her actions yesterday were due to mental breakdown Folded hands folded hands
@Mz_April159: My heart is beating oh, someone calm me down. Weary face Erica Nlewedim, I love her too much. I’ve never stanned nor voted any HM before, you people should have mercy on my poor heart. Loudly crying faceFolded hands #EricaQueenOfWinning #BBNaija
@ChloeE83977353: Please forgive Erica, she was under the influence of alcohol and she was emotionally down already Folded hands. Folded hands. Folded hands
@Rayynie1: Please forgive Erica and just ban her from drinking alcohol and participating in the HOH challenge
@TeamErica9: You know Erica has a good heart. Everything that happened was what she has been wanting to pour out since. She asked for a therapist! She did. You can’t tell me you haven’t gotten angry before and regretted your actions.
@Tigresswithout1: Mental break down sometimes can be very uncontrollable… Let’s give Erica a final chance. She was physical with anyone! She only spoke out of anger
@MultiChoiceGRP. Please temper justice with mercy Folded hands
@Brendaonyechere: Erica didn’t fight, she only aired her mind. So Lucy and other housemates don’t air their minds. You people should go and sleep. Erica didn’t hit anyone. The only way her mental health will be great is when she airs her mind period. I repeat Erica did not hit anybody @BBNaija
@barbiicares: Forgive her @BBNaija, she was mentally unstable and was drunk last night, with all she has in mind throughout the week, she is only human to vent her anger…Considering she has asked to a psychiatrist a couple of times,I think she should be pardoned this time.
@OnyiGrey_: Erica was under the influence. She wasn’t physical with anyone at all. Please forgive.