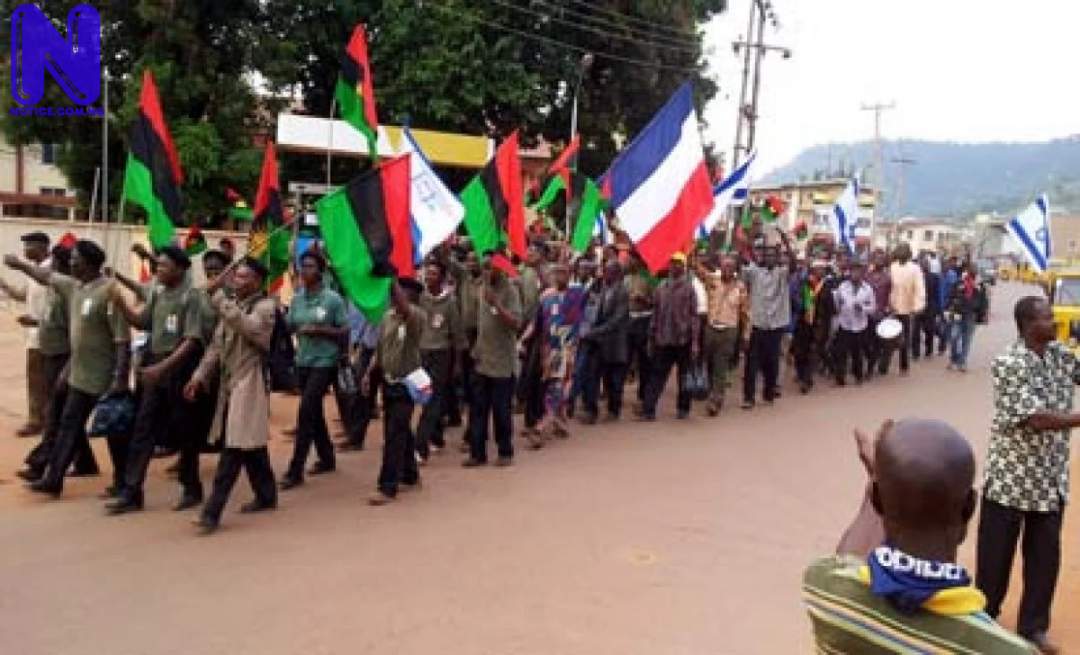 Biafra Nations League (BNL) has threatened to attack oil installations over the Nigerian military operation in Imo State.
BNL lampooned Governor Hope Uzodinma for admitting that he sent troops to raid Orlu in search of the Indigenous People of Biafra (IPOB) and Eastern Security Network (ESN) members.
In a statement on Saturday, a spokesman, Aghaulor Godspower, said Uzodinma was serving the interest of his masters.
The organisation alleged that the Ex-Senator was made Governor against the interest of the people.
“He is trying to please his masters in Abuja as a sign of appreciation that they made him Governor via the Supreme Court.
“He has failed woefully. No Governor should boast of killing his people, no matter what”, Godspower noted.
The group wondered why the military “launched airstrikes in a peaceful town”, adding that the Biafran struggle has never been a threat to residents of Orlu.
BNL dismissed claims by the Imo government that Orlu people were attacked during clashes in the area.
“Who attacked the Orlu people? He (Uzodinma) made it known that he was the one who invited soldiers to Orlu, yet pointed fingers at another group.
“I don’t think any reasonable Biafran will attack fellow Biafrans in the process of fighting with the military”.
BNL threatened to “sack all oil companies operating within the Bakassi Peninsula controlled side of Nigeria in the Gulf of Guinea”.
The statement added that the government cannot be using the Southern region’s oil wealth to fight the people of the East.