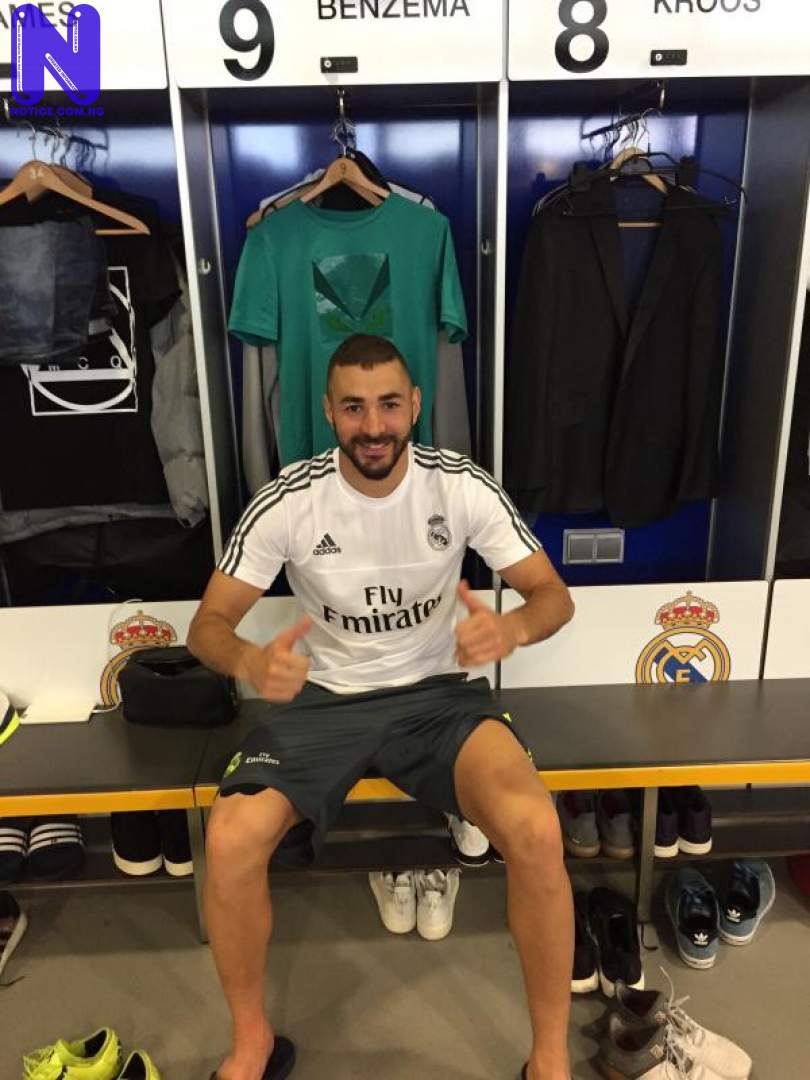 Real Madrid striker, Karim Benzema, has rubbished reports about his departure from the club and insisted that Santiago Bernabeu is his home.
The Frenchman has been linked with a move to Arsenal for weeks and it is believed that Arsene Wenger is ready to smash the Gunners’ transfer record to land his compatriot.
However, after Benzema returned to first-team training at Madrid’s Valdebebas training complex, he took to Twitter to dismiss those speculations.
He wrote: “For all those clowns who want to make believe things at my fans. Here this is my home ! #HalaMadridYNadaMas.”
The 27-year-old joined Madrid from Lyon in 2009.