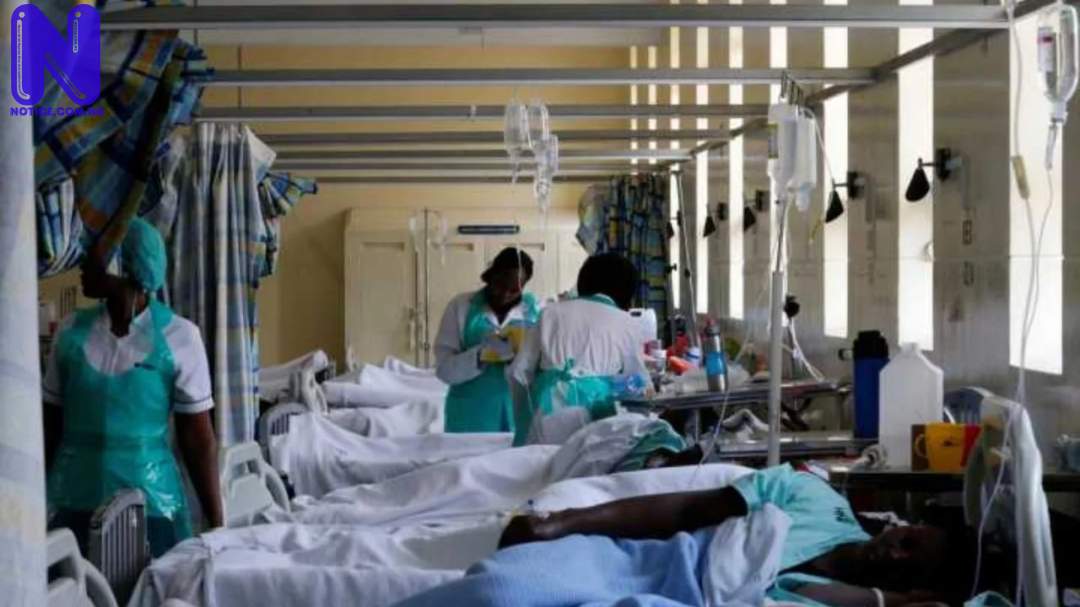 Seventeen people have been confirmed dead with many currently hospitalized after a strange illness broke out in Ankpa Owukpa in Ogbadibo Local Government Area of Benue State.
Press had reported that the honourable member representing Itabono ward 1 in Ogbadibo Local Government Area of Benue State, Hon. Patrick Ejeh, also known as Pataba, had raised the alarm over an epidemic which broke out at Ankpa Owukpa, killing several people and leaving so many hospitalized.
Ejeh, in a motion raised on Tuesday, drew the attention of both the government and community leaders to the strange illness in order to avoid further escalation.
A source and member of the Owukpa Advocacy Forum, who pleaded anonymity, decried lack of doctors at the affected community.
He said that doctors were sent to Otukpa instead of Ankpa, when the alarm was raised in the local government headquarters earlier.
Another member of the group added that one of the boys referred to the FMC Makurdi from Okpoga died on Monday while another was buried on Monday at Ankpa.
A youth leader in Ugbugbu community, Augustine Okpe, also known as Buzee, had earlier explained the health situation in Owukpa thus, “Ordinary headache kills people in Owukpa.”
However, a source told Press that the mysterious illness, which has now claimed 17 lives, has spread to other areas including Ahor-Ogbor, Ogbata and other communities in Owukpa.
Also, unconfirmed medical reports have suggested that ailment could be yellow fever.