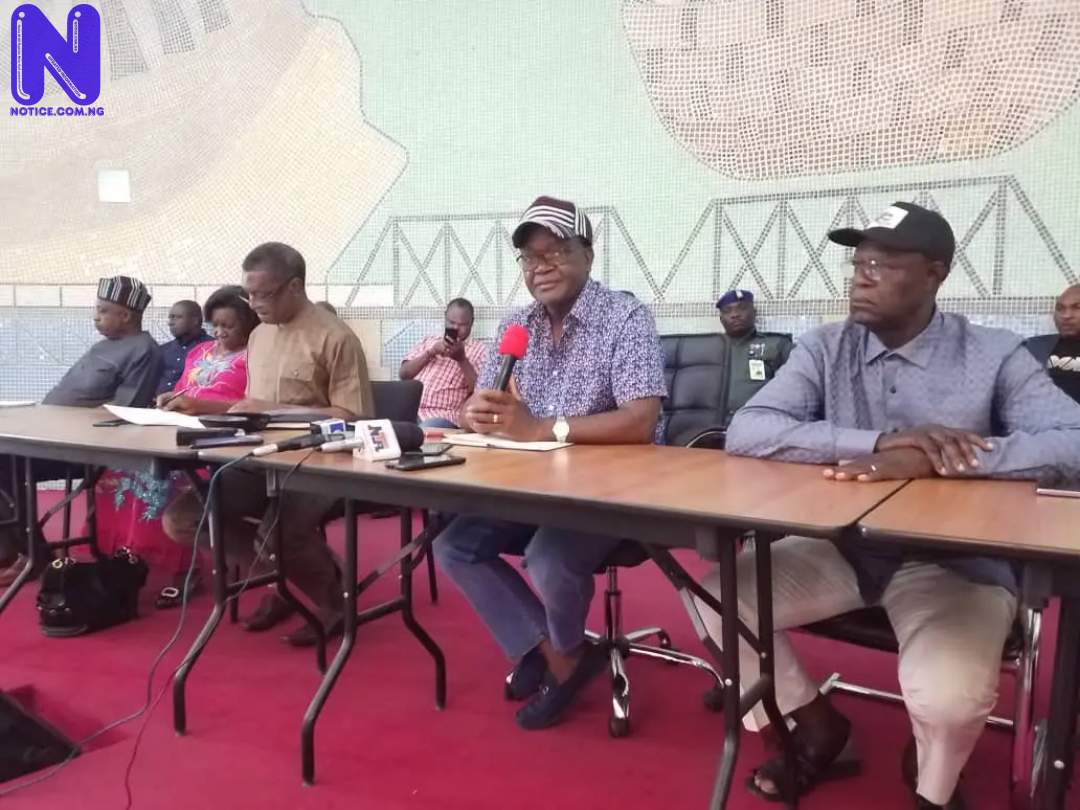 The Benue Executive Council (EXCO) has announced that all workers below grade level 13 should operate in their respective homes.

A communique by Secretary to the State Government, Professor Anthony Ijohor, SAN, said the announcement was made during a press briefing in Makurdi.

The meeting was presided over by Chairman of the Council, Governor Samuel Ortom.

He appealed to those who traveled outside the country, especially to countries with high incidence rate of the viral attack, ”to self isolate and notify health officials for immediate medical evaluation”.

Ijohor said “all workers below grade level 13 are to operate in their respective homes while those on essential services were excluded from the stay at home directive.

“The measure was to prevent further spread of the pandemic in the country.”

The SSG said that only staff that provided essential services would be allowed access into the complex within the period.

He said the council had also directed that two additional quarantine centre’s be opened in the state and approved the sum of N50 million for the procurement of safety kits at the centers.

The SSG also said the state response team had been asked to intensify publicity on the preventive measures of the pandemic, while pointing out that motor parks would also be sensitized.

“The Council also approved additional N50 million naira to the state committee on Coronavirus to enable it intensify the fight against the spread of the deadly disease in the state.

“It also announced the establishment of a treatment centre each in Zones A and C parts of the state, in addition to the two centres already set up in Makurdi for treatment and isolation of suspected cases.

“The Council resolved that the State Deputy Governor, Engineer Benson Abounu should head the State Action Committee on COVID-19 as Chairman, while the Ex-Committee Chairman and Commissioner for Health and Human Services, Dr. Sunday Ongbabo should be the Secretary.

“The Committee was mandated to among other things, make contact with the response team at the national level and the National Centre for Disease Control, NCDC, for cross fertilization of ideas and expertise.

“Other measures taken by the meeting included tracking of new entrants into Benue State, especially from volatile areas, sensitization of the public on safety and preventive measures as well as self-isolation by persons suspected to have contracted the virus.

“Council also directed that the State Action Committee should be established at the local government levels for wider coverage while telephone hot-lines should be provided by the Ministry of Information, Culture and Tourism to enable members of the public report suspected cases or new entrants into the state.

“The Governor, therefore, gave assurance that his administration would ensure that internally displaced persons living in camps were not left out in the efforts to prevent the virus from getting to the state,” he said.