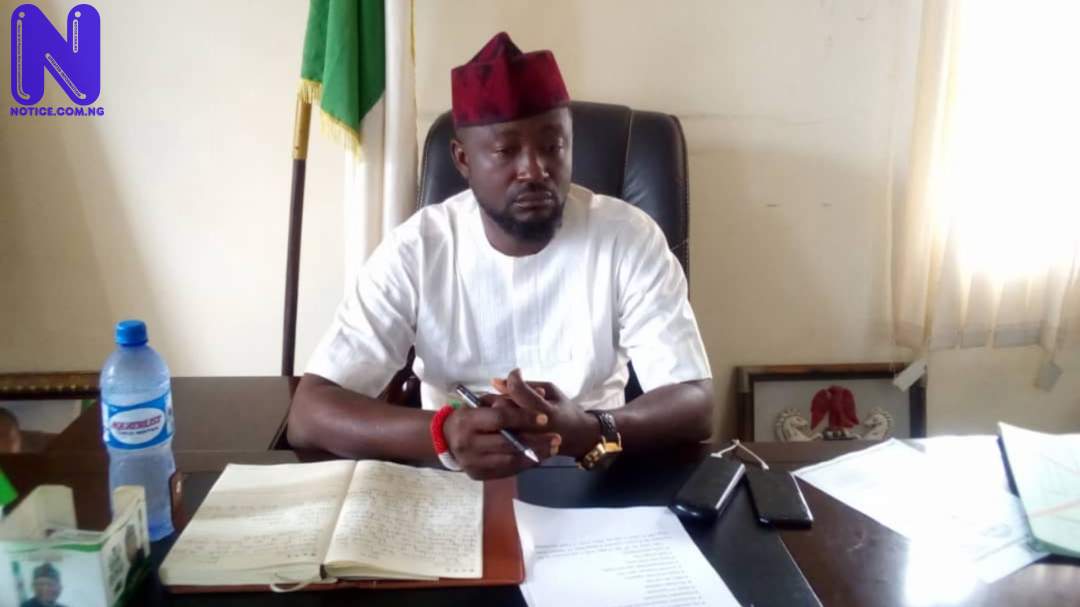 Over 30 persons within Apa Ward and neighbouring communities of Ado Local Government were killed in a renewed Effium/Ezza crisis.

However, Oche confirmed that the Ado Team of the Benue State Community Volunteer Guards had achieved commendable success with arresting persons suspected to have masterminded the unbearable tragedy.

The council chairman disclosed this while giving an update on efforts made to arrest the situation in a letter addressed to the Special Adviser on Security to the Governor of Benue State, Samuel Ortom.

Oche noted that one of the arrested suspects, identified as Williams Epe, aside from resisting arrest, tried to physically and forcefully seize the gun of one of the Benue Volunteer Guards named Abuh Omoha with the intent of shooting the security team before he was overpowered and arrested.

The full letter reads below…

Sequel to the renewed Effium/Ezza crisis that has, in the last few days claimed the lives of over Thirty (30) persons within Apa Ward and neighboring communities of Ado Local Government, the Benue South Team of the Benue State Community Volunteer Guards has achieved commendable success with the arrest of persons suspected to have masterminded the unbearable tragedy.

Sir, the information at my disposal reveals that on Saturday the 12th of November, 2022, the Benue State Community Volunteer Guards who, since the ugly incident has intensified efforts in information and intelligence gathering, rounded off a group of criminal masterminds wanted in connection with the killings in Ado and other forms of criminality in Benue State.

The group of three said to be in possession of 2 AK 47 rifles on, suspecting the presence of the volunteer guards, attempted to escape but two out of the three were overpowered and arrested while the other is at large. Those arrested are Williams Okefie Epe and Patrick Ezza, while the person at large has been identified as Gideon Unazi. The arrest was made at Double K Resort in Otukpo Local Government Area.

The Volunteer Guards have since handed them over to the Ado Divisional Office of the Nigerian Police for further investigation while intensifying efforts to secure arrest of the person who is at large. Gideon Unazi has a track record of criminality and was once declared wanted by Ado Local Government. He is also on the wanted list of the Nigerian Police for car theft and sundry crimes.

Sir, you may wish to recall that the brewing security challenges in Ado have led to the sack of over 10 communities out of 14 in Ulayi and the persistent killing and destruction in Inikiri and neighboring districts. The persons arrested are strongly suspected of acting as mercenaries to paymasters in Effium communities in Ebonyi State to champion the annihilation of our people.

We wish to remind you of the growing numbers of internally displaced persons occasioned by these attacks which currently is above Two Thousand and the adverse effects it has on our collective welfare and socio-economic lifestyle.

Sir, we have prompted our security agencies to do a most diligent job in fishing out those behind these worrisome and recurrent attacks on our harmless communities and we are sure with these arrests more culprits and suspects will be known, pursued and rounded off to bear the consequences of their inordinate actions. We cannot thank you enough for the many sacrifices and the commitment you have continued to make for us to have lasting peace.