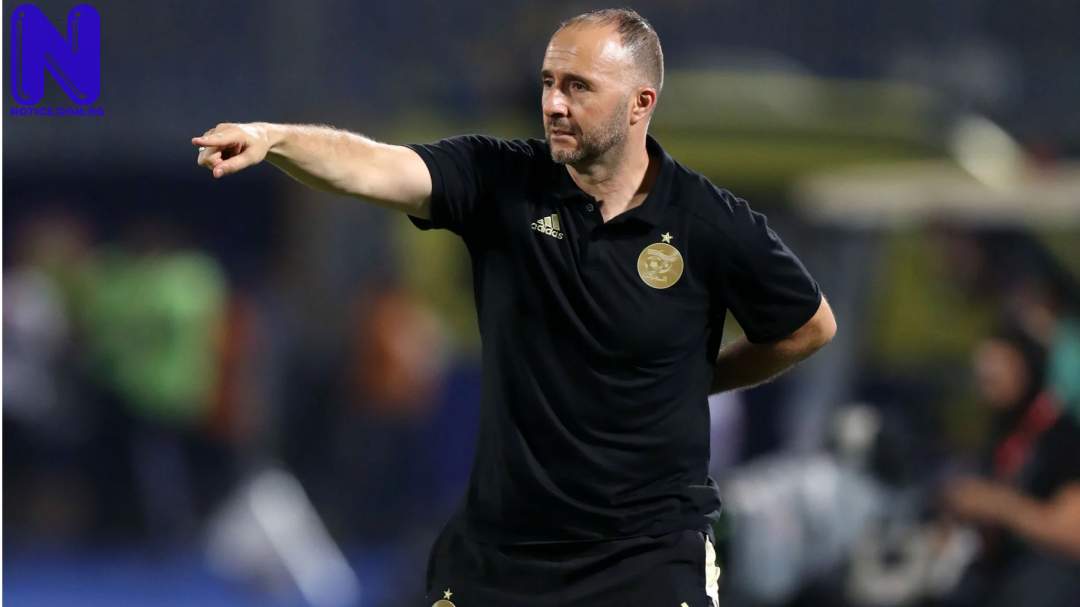 Algeria head coach, Djamel Belmadi has said that his team defeated Nigeria’s Super Eagles 1-0 in Friday’s friendly encounter at the Worthersee Stadium, Klagenfurt, because Gernot Rohr’s side played some new players against the Desert Foxes.
Belmadi also singled out midfielders, Haris Belkebla and Mehdi Abeid for praise following their impressive performances against Nigeria.
Algeria defeated Nigeria in Austria to extend their unbeaten run in all matches to 19, thanks to Ramy Bensebaini’s 6th-minute goal.
The AFCON holders dominated possession in the game and were thwarted by goalkeeper Maduka Okoye who made a couple of good saves for the Super Eagles.
“It’s a team (Nigeria) that leaves very little space, very fair. We had identified two or three weaknesses that they could have with certain players,” Belmadi told a post-match press conference after the game.
“Today, they played some new players so that somewhat disturbed some of the information that I was able to give to the players, but they adapted very well to that.”
He added: “Belkebla and Abeid were huge in the midfield. In pressing, harassment and physical challenge.
“Technically, they were also very clean.”
Algeria will meet Mexico in another friendly encounter, while Nigeria will play Tunisia on Tuesday in Austria.