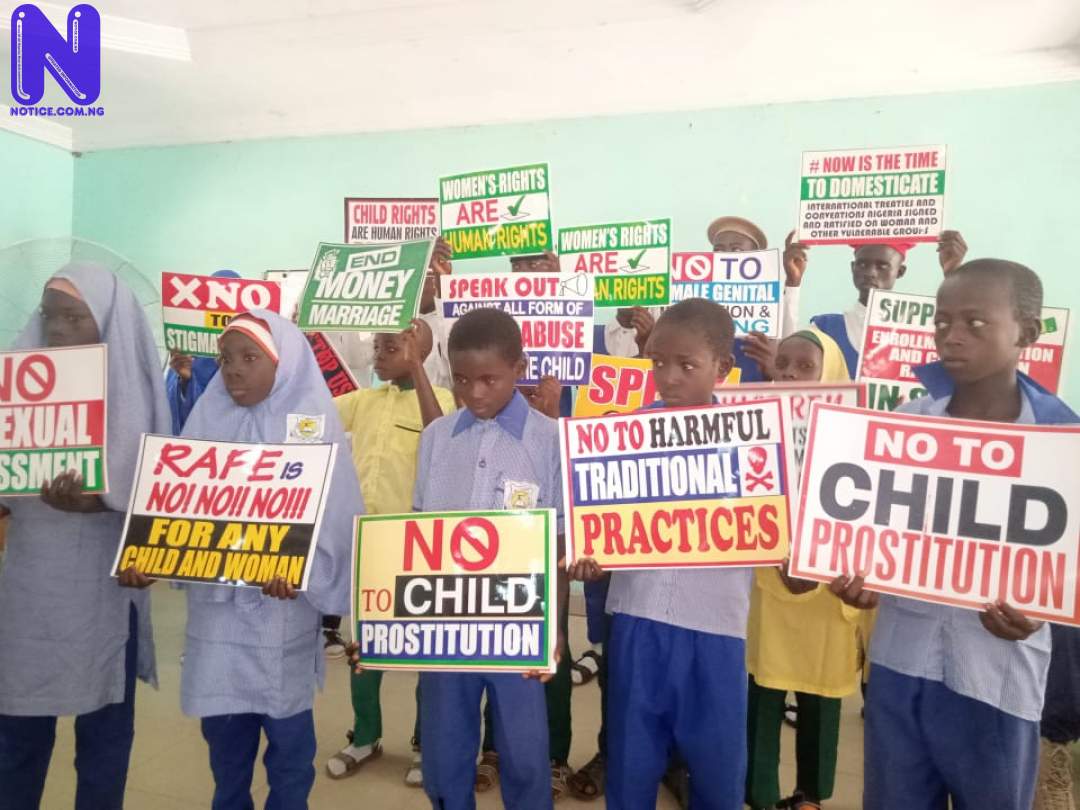 General Ibrahim made the call in Alkaleri Local Government Area of Bauchi State at the flagging off of the maiden edition of the Corps' grassroots gender sensitisation and advocacy campaign in rural communities, declaring that no individual, man, woman, boy or girl should be denied the opportunity to realise their potential.

According to him, the well thought out programme was an initiative of the Reforms Unit of the NYSC, adding that there was the need for all to not only support and protect but also be sensitive to gender matters.

"Today, we are here to emphasise that no individual, man, woman, boy or girl should be denied the opportunity to realise their potential.

"Thus, we are appealing to the conscience of community members, religious institutions, local government administrators, principals/head teachers of schools, guidance and counselling officers, corps employers and parents to be more supportive, protective and sensitive to gender matters,” General Ibrahim pleaded.

The grassroots gender sensitisation and advocacy campaign, which Ibrahim said was aimed at exposing the dangers of gender-based violence in the society, was being implemented by NYSC’s Gender Vanguards.

The Gender Vanguards, As stated by the director general, were being used by NYSC to wage war against gender-based violence and inequality in the society.

He said that the vanguards had been equipped to carry out awareness campaigns, help yo form gender clubs in schools, among others.

"I am pleased to state for the record that the NYSC is one of the foremost organisations fighting against gender based violence and inequality through the activities of the Corps' Gender Vanguards.

“We have been equipped with the necessary skills to carry out awareness campaigns and support activities in our rural communities.

"Amongst other strides, they help in the formation of gender clubs in schools as well as provide linkages to victims of gender abuse through the GBV toll free line, 08031230651, provided by the Federal Ministry of Women Affairs," he said.

BREAKING >>> Obi denies having hands in circulation of his presidential posters

While assuring that the NYSC would continue to work with relevant stakeholders toward the success of gender mainstreaming in the country, Ibrahim urged the general public to support its Gender Vanguards through the provision of an enabling environment for greater impact.

Speaking at the event, the village head of Alkaleri, Alhaji Mohammed Abdulkadir, expressed gratitude to NYSC for selecting his community among those to benefit from the campaign.

Abdulkadir, who was represented by a traditional title holder in the community, Alhaji Bala Shehu, pledged the community’s readiness to give its maximum cooperation and support for the programme.