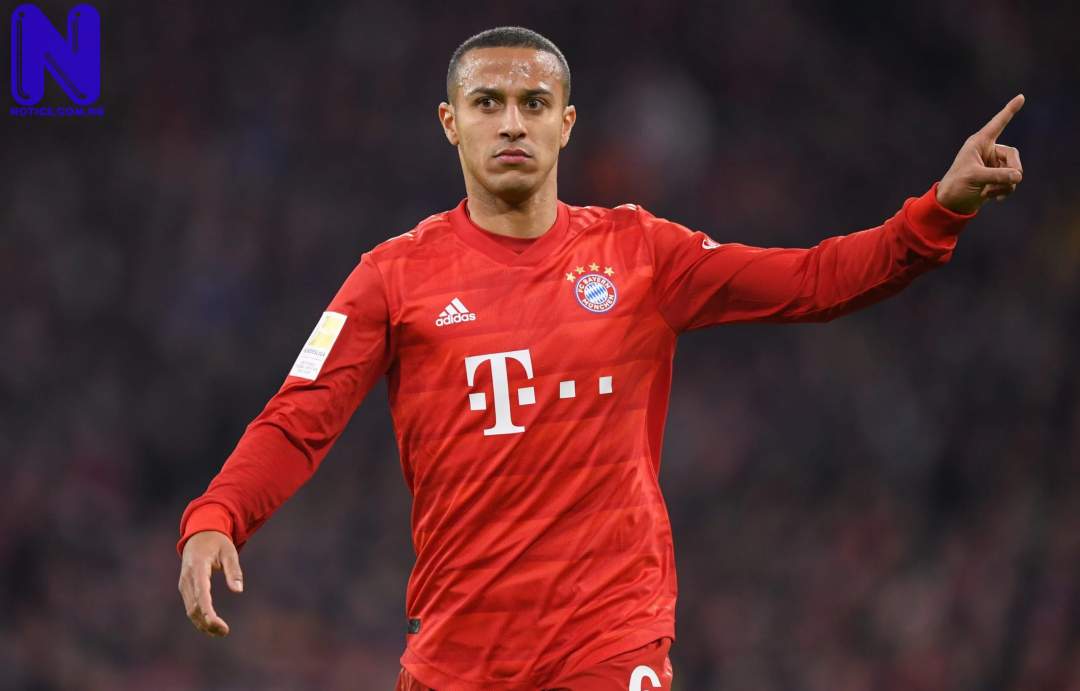 Bayern Munich president, Uli Hoeness, has hinted that Thiago Alcantara has agreed personal terms with Liverpool and Manchester United.
Speaking with Sport 1, Hoeness revealed that the Bundesliga champions offered the Spanish midfielder a new deal, which he turned down.
Thiago’s future at the Allianz Arena remains uncertain, as he enters the last months of his current contract.
The 29-year-old has been linked with a move to the Premier League and Hoeness feels he is determined to play in England.
“We offered him a great contract but in the last minute he changed his mind.
“He probably has an agreement on personal terms with Liverpool or Man Utd, or with both,” he said.