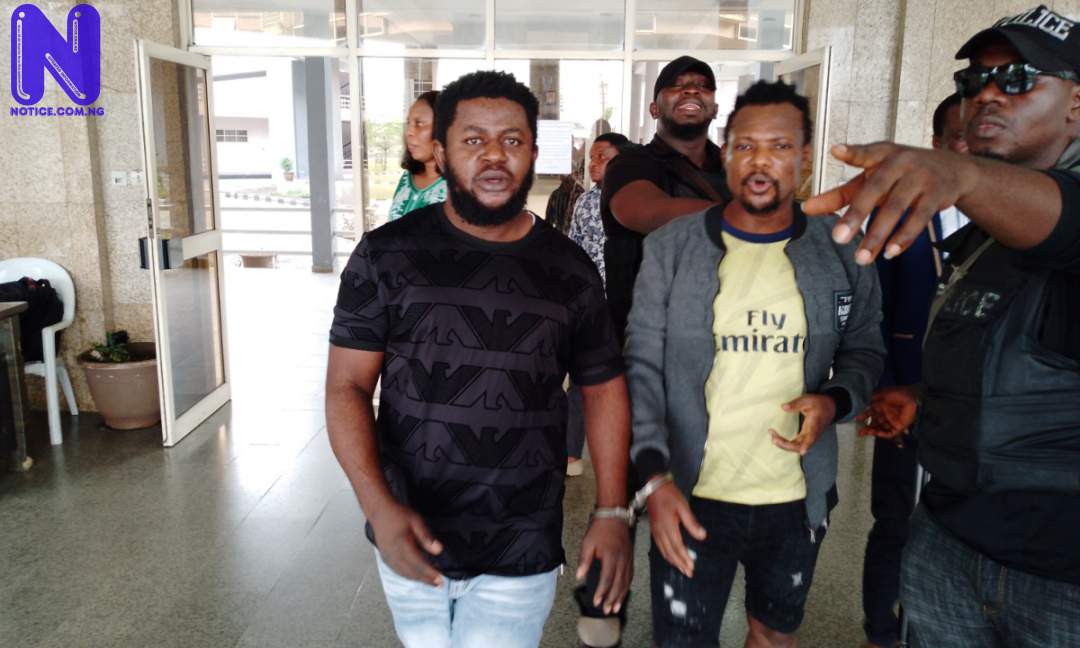 John Lyon, with his co-defendant, Emmanuel, who were arrested for high profile kidnap of bankers, businessmen and prominent Bayelsans were arraigned before a High Court sitting in Yenagoa, the capital of Bayelsa.

The suspects pleaded not guilty to the 14 counts ranging from kidnapping, armed robbery and criminal felony preferred against them.

Press earlier reported that John Ewa, who was arrested in Abuja and linked to several high profile recent kidnap cases in the state, denied being the leader of the gang but was only involved to show the residence of their victims.

Ewa, popularly known as John Lyon, was among four members of his gang paraded by the Bayelsa State Command of the Nigerian Police Force in September.

In view of the plea, the prosecution counsel, Bayelsa State Director of Public Prosecution (DPP), Mrs Apulu Iyabosa, said the briefs of the case were served on the defendant’s counsel and prayed for a trial date.

She said: “They have taken their plea and the matter has been adjourned for hearing on the 5th of December. They pleaded not guilty to the 14-count charge against them. I have served them the brief today in court.

"The reason why we have to delay to this time is because of the flood, and that was why we filed in immediately after the flood receded."

The counsel to the defendants, Francis Gbaionna said he has not received the statement of charges from the prosecution lawyer, adding that he has no objection to the application.

Ruling on the matter, the presiding judge, Justice Inikade Eradiri, ordered that the defendants be remanded at the Okaka Correctional Centre and adjourned the case for hearing to 5th and 21st of December, 2022.