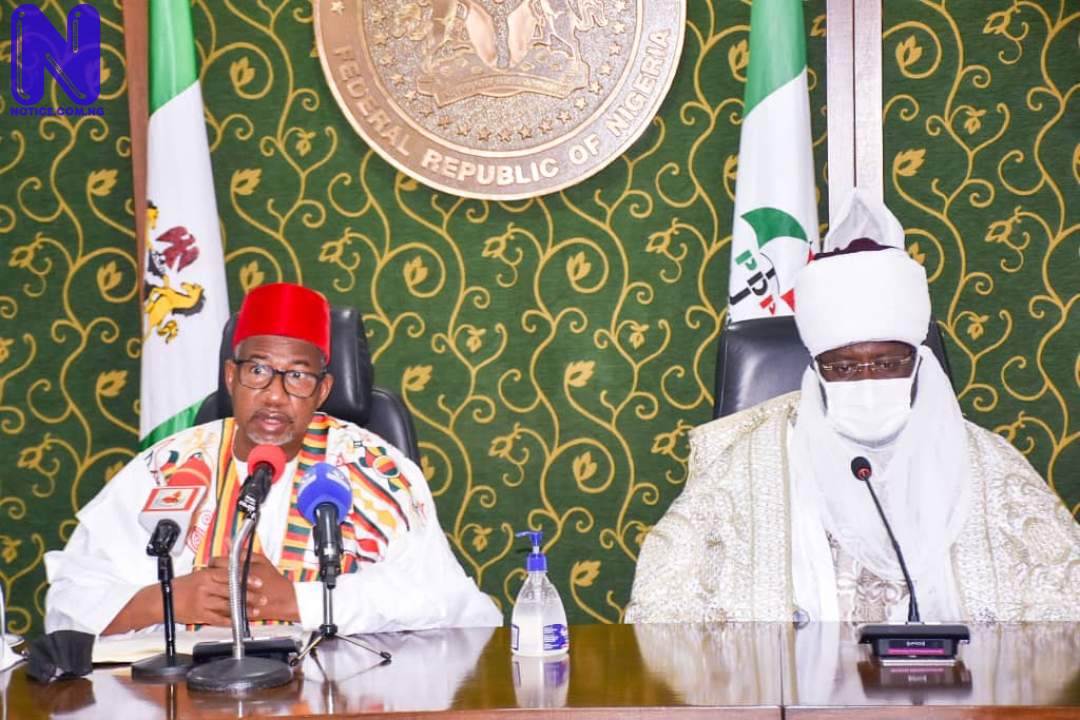 Bauchi State Governor, Senator Bala Abdulkadir Mohammed, has tasked traditional rulers in the state to join hands with both the state government and security agencies with a view to combating crimes and criminality in the state.

The governor tasked the royal fathers on Wednesday at the Government House, Bauchi, when he received the Emir of Bauchi, Alhaji Rilwanu Suleiman Adamu, who led members of the Bauchi Emirate Council to pay the governor Sallah homage to mark this year’s Eid-el Kabir festival.

Governor Mohammed told the Emir that in order to maintain the peace being enjoyed in the state as well as peaceful coexistence among the people, there was greater need for traditional rulers to intervene in ensuring that the state was rid of all vices and crimes.

The governor urged the Emir and his members of the emirate council to caution their subjects to shun acts detrimental to the peaceful coexistence in the state.

While assuring that his administration will continue to assist security agencies in the state to perform their duties, the governor appreciated efforts of traditional and religious leaders in ensuring peaceful coexistence among the people in the state.

“I am calling on you as a father in Bauchi State to please lend your voice to all in positions of authority so that there will be an effective security network for a peaceful coexistence.

“All these things happening that are not pleasing like rape, robbery, indiscipline should be corrected for us to live in a safe environment.

“We thank you and other traditional rulers, imams and pastors for your wise counsel and prayers which has made it possible for us to live in a secure environment in the state. We will continue to ensure that we assist the security agencies in order to stay in a safe and secure state,” Governor Mohammed said.

He then promised the Emir that the state government under his leadership would continue to ensure that the traditional institution would be protected and accorded the privileges it deserves, adding that he appreciated the royal father for the visit.

Governor Mohammed said his administration was not unaware of the hardship being faced by majority of the people of the state, declaring that he was doing everything possible to ensure that citizens of Bauchi State were taken care of.

He added that his government would not prioritise construction of roads or building of hospitals over the welfare of the citizens, saying this explained why the July salary of civil servants was paid early to enable them celebrate the Eid-el Kabir festival.