Battle over Bello’s successor gets messier in Kogi - 2023 Guber 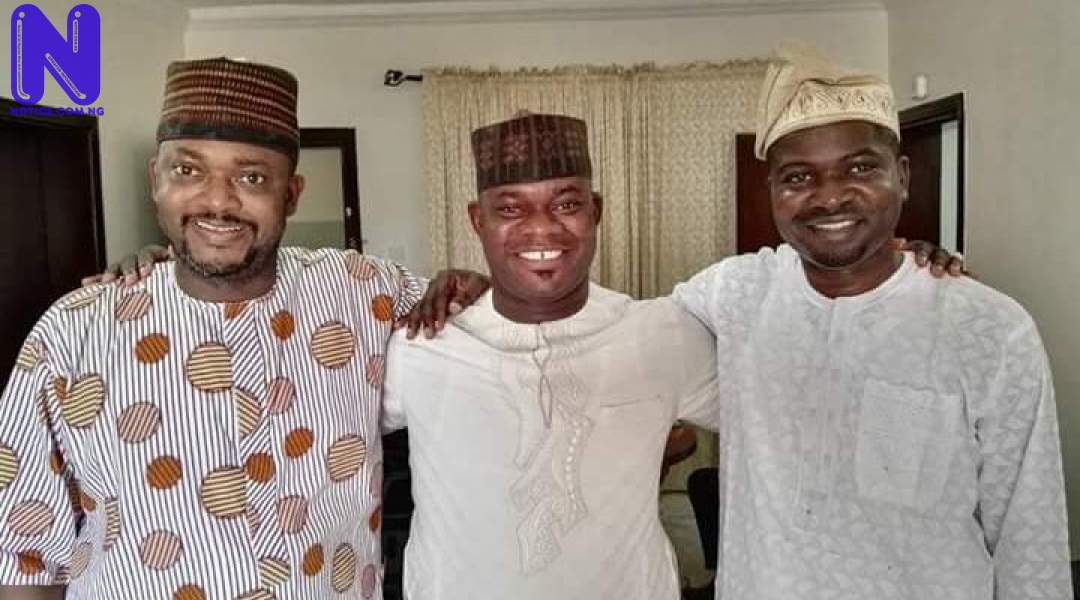 The struggle for who succeeds Governor Yahaya Bello of Kogi State is taking a new twist. While some political commentators are insisting that it is time for a power shift to Kogi West, others are saying the Central should complete 16 years before it moves to other Senatorial districts of the State.

Press takes a look at the political permutations in Kogi State ahead of the November 11, 2023 Governorship Election.

Though Kogi State will not be participating in the February 2023 Governorship Election, which will be conducted across the country by the Independent National Electoral Commission, (INEC), political parties, candidates and stakeholders are already making their permutations on who to succeed Governor Bello when the election will be held in November 2023.

This development has given birth to the 16-16-16 agitation. Some political stakeholders, including pundits, have posited that power should be retained in Kogi Central, placing their argument that Kogi East has ruled the State for 16 years, hence it is the time for the Central to do the same, while the West, (Okun) should wait for their turn.

While the calculation to retain power continues to gain momentum in Kogi Central, the West is also agitating that, for the interest of justice, fairness and equity, it is their turn to produce the next Governor come 2023.

This argument among the three major zones in Kogi State has continued to generate mixed reactions, with the battle line now drawn on who to produce the next Captain in Luguard House.

In a chat with Press on Tuesday, a political analyst in Kogi State, Ahmed Tijani said Nigerian People, especially Kogites are patiently watching the body language of Governor Yahaya Bello as it concerns the 2023 Governorship election in Kogi State.

According to him, “the campaign for the retention of power in the Central might throw the State into an unwarranted crisis. He opined that for the interest of peace and oneness, Kogi State should not be thrown into a family or ethnic business where others will see themselves as refugees in their own State.

“Whatever we are seeing now are mere propaganda. The Governor has always preached on peace irrespective of our ethnic, religious or political affiliations. This campaign of 16-16-16 agenda should just be thrown in the dust bin to avoid calamity in our State. What we should be talking about is good governance and nothing more.

“Are we saying that someone that is capable to govern the State from another region should not be considered because he is not from a particular place? It is high time we Nigerian People put away sentiment and our greed to face the reality on ground. We are all clamouring for a better Kogi State. So, this issue of 16-16-16 agenda should not be our focus ahead of the 2023 Governorship Election”.

Although Governor Bello has continued to remain mute on who wears his shoes after the expiration of his tenure in 2024, the faith of the Deputy Governor, Chief Edward David Onoja is still hanging in the balance as he was part of the frontline of EBIGO movement, (Ebira, Igala and Okun).

Plot to Retain Power in Central

Various groups have come out recently to voice their mind on the need to sustain the 16-16-16 agenda in Kogi politics. For some groups, the East should wait for another 24 years before they should think of grabbing power in Kogi State.

To buttress this, a pressure group, under the auspices of Kogi West Vision Initiatives (KWVI), called for the retention of the governorship position in the central senatorial district of the State in the spirit of ‘Ebigo Agenda'.

According to the group’s President and the Secretary-General, Chief Babajide Olorunmaiye and Arch. Oluwasegun Thomas, respectively, the ‘EBIGO Agenda' should come in the form of 16-16-16.

The group said their position was informed by patriotism and the need for equity, justice and fairness.

Press gathered that EBIGO is an acronym for Ebira, Igala and Okun, the three dominant ethnic nationalities in Kogi State.

According to the group, the Igala ethnic group has occupied the governorship position for sixteen years, noting that the entire State since 2016 have been supporting the Ebiras to equally complete their own sixteen years.

They proposed that after the turn of Ebiras, power would then shift to the western senatorial district (Okun) who would also hold sway for sixteen years.

"We in Kogi West Vision Initiatives align with the recent position of the Speaker of Kogi State House of Assembly, Rt. Hon. Matthew Kolawole on the need to allow an Ebira successor of Governor Yahaya Bello so as to enable the central senatorial district to complete their fair share of EBIGO Agenda," the group said.

Recently, there was a billboard placed in some strategic areas of the State championing 16-16-16 agenda. The billboard attracted wide condemnation from those who believe that it was a plot to deny other regions the taste of leadership in Kogi State.

Reacting to this development, a foremost Socio-Cultural Organization, Okun Development Initiative (ODI) said the subtle agitation being promoted under the '16-16-16′ campaign is aimed at supporting the retention of Kogi governorship seat in the central senatorial district after the tenure of incumbent Governor Yahaya Bello.

The National Coordinator of the group, Deacon Olusuyi Otitoju, in a statement released to journalists, described the campaign as a comic attempt to stand logic on its head.

The group stated that making the support look like an agitation by persons from Kogi West is not only laughable but annoying.

"The attention of Okun Development Initiative has been drawn to the agitation of a group in a billboard for the Central Senatorial District to complete its tenure.

“While Okun Development Initiative wishes to disassociate from this comic attempt to stand logic on its head, we condemn in its entirety this shallow attempt to place the interest of some individuals and groups above that of the State.

"One starts to wonder where this pseudo group got its own definition of equity, justice and fairness from.

"If 16 years of Kogi East, eight years of Kogi Central at the expiration of His Excellency, Alhaji Yahaya Bello and Zero years of Kogi West as shown in the 16-8-0 formula is unjust, unequal and unfair As stated by this group, how then can an additional 8 years for the Central be the correction to a lopsidedness both the Central and West complained about prior to 2015?

"Justice, equity and fairness is 16-8-8 after which Kogites must learn from the mistakes of the past.

“It was obvious what the goal was when this absurd logic was first put in public space but to make it look like an agitation by persons from Kogi West is not only laughable but annoying.

"How can any sane individual or group moot such a ridiculous agenda not to talk of propagating the same? No reasonable person or group will ever see the cause of a problem and put forward the same as the solution.

"Our people through our delegates in 2015 gave His Excellency, Alhaji Yahaya Bello the votes that gave him the second position even when delegates from the Central preferred the ‘big names' The rest of the story is now history.

"In 2019 against all odds, Okun people voted for the reelection of His Excellency, Alhaji Yahaya Bello. The reward for good is good.

"We in Okunland have paid our dues and insist not from the point of entitlement but that of Justice, Equity and Fairness.

"The much talked about ‘Ebigo' is premised on the recognition of the unique multi ethnic nature of the demography of our state and the need for equity in all spheres of life in the State.

"Okun Development Initiative insists that ‘Ebigo' is more than a sloganeering mantra and its core values must be implemented for peaceful coexistence.

"For a faceless unregistered group to be this bold and display such arrogant proclivity is a sad testimony of what politics has become.

"Okun Development Initiative hereby restates its commitment to support every effort to actualize the quest for an Okun person to be Governor of the State come January, 2024 irrespective of the warped and insane postulation of certain confused nitwits who don't know what justice, equity and fairness truly mean.

"Okun Development Initiative believes that Alhaji Yahaya Bello is capable of resisting those putting unnecessary pressure on him to do what is not just," the group said.

Following much criticism that greeted the billboard championing the retention of power in one of the Senatorial Districts, the Kogi State Government, through Governor Bello’s Chief of Staff, Pharm. Abdulkareem Mohammad Jamiu Asuku ordered its immediate removal.

While condemning the ugly incident, the Chief of Staff said, "As it stands right now, the assignment before us is the general election and we are duty bound to ensure victory for our party the APC across board. Let no individual or group try to bring any interest that will jeopardize the peace and unity of our great party, the All Progressives Congress.

"We will not tolerate any behavior or act that will jeopardize the peace and stability that our leader His Excellency Alhaji Yahaya Bello has laboured tirelessly for in Kogi State.

"His Excellency, Gov. Yahaya Bello's decisions are void of ethnic or religious sentiment, Kogi State of today has gone beyond the era of ‘turn by turn’. His Excellency, Yahaya Bello will look out for the best, someone with the requisite ability and leadership antecedent to pilot the ship of our dear state in the spirit of equity, justice and fairness, at the appropriate time.

“He will sell the best to ensure maximum and speedy development of our State. So no one should hide under the cover of a faceless group to heat up the polity or seek means to destabilize the party."

While the calculation on who will take over from Governor Bello continues, the State Deputy Governor, Chief Edward David said he has not made up his mind.

Onoja, who was reacting to an open letter written to him recently, said he remained focused in ensuring that his boss fulfils his mandate that brought him to power in 2016.

Parts of the letter reads, "To put things in perspective and further underline my overarching resolve to face only the things that really matter to my principal’s mandate, I have had to take scrupulous steps plenty of times in the past to stop anyone from beating the gun in the pursuit of any political aspiration which they may ascribe to me.

"For instance, on the 1st of January, 2022, while I was in my country-home of beautiful Ogugu celebrating and fraternizing with my people, I received a phone call that some people, poorly disguised mischief-makers from within the system itself, have littered Lokoja with posters depicting my quest to be the next Governor after my boss. I sent people to take them down immediately and established an active vigilance against recurrence.

"I am aware that there are many who fancy themselves as the Governor’s successor from all over and who have arrogated to themselves the office of latter day anointed candidates while doing everything, especially running along the same lane of tribal, religious and class barriers which is at variance with what this system is founded upon to position themselves as the boss’s successors.

“I can assure you that they fool no one – neither the boss who is renowned for his uncanny insights into human character, nor the ever vigilant people themselves, who are already mocking them to their faces".