Barcelona president, Laporta reveals how they can win title this season - LaLiga 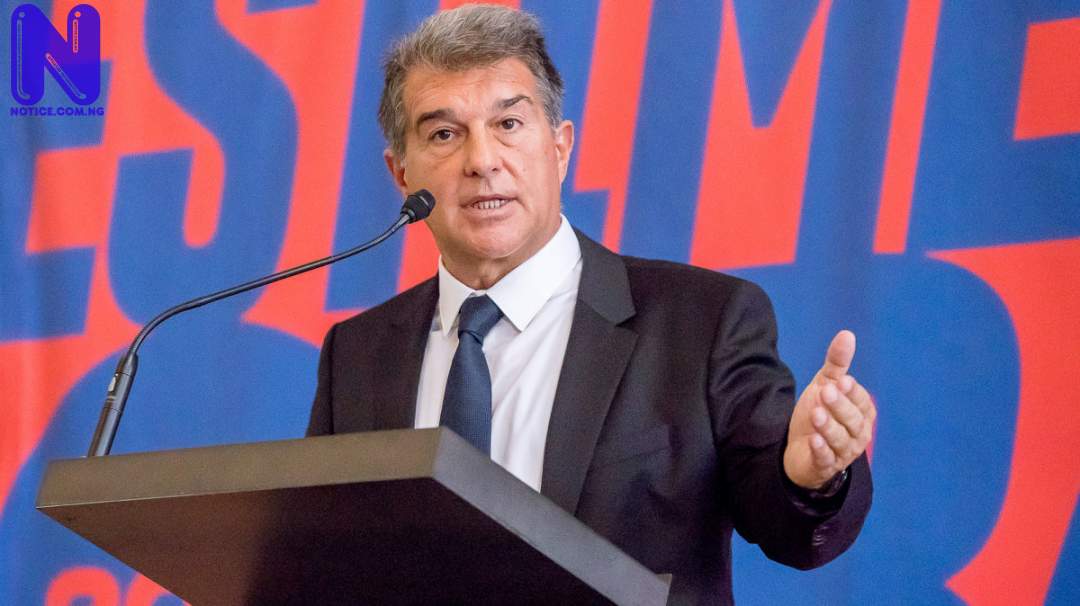 Barcelona president, Joan Laporta has said they need four wins in LaLiga to win the title.

The Catalans play Atletico Madrid at Camp Nou on Saturday, knowing they will climb above them with a victory.

However, their dreams of winning the league also depends on Real Madrid dropping points.

Barca and Madrid are both on 74 points, but Zinedine Zidane’s men will win the title if the two sides finish level, thanks to their superior head-to-head record.

But Laporta said: “I said before the weekend that if we win all five remaining games, we’re convinced we will win the league.

After Atletico, Barca finish the campaign with matches against Levante, Celta Vigo and Eibar.