Barcelona give Koeman three matches to save his job 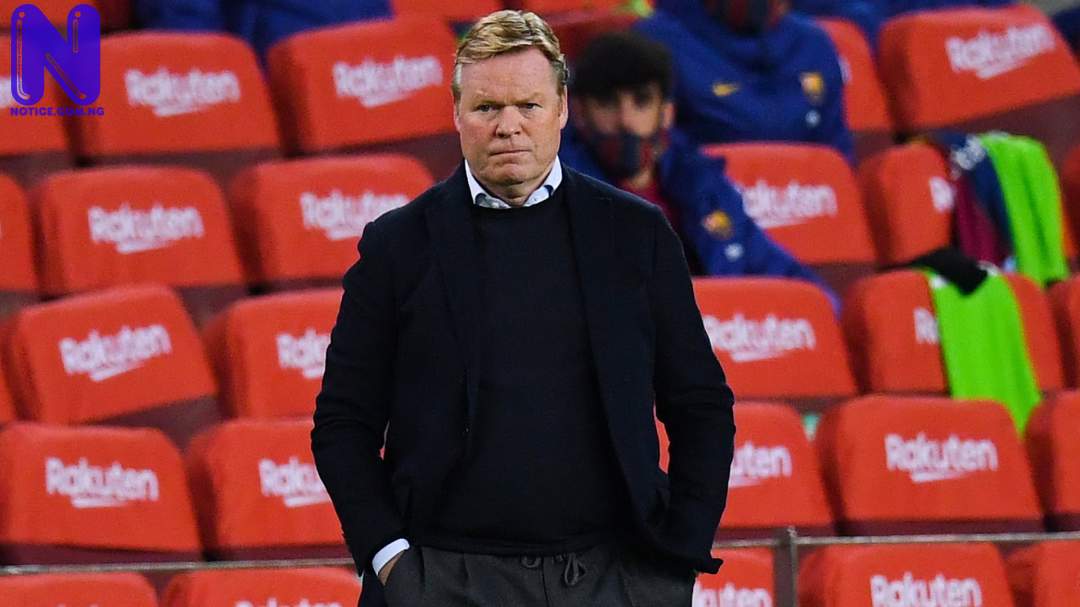 Barcelona manager, Ronald Koeman, is on the brink of losing his job and has been given three games to turn around the situation, As stated by the UK Mirror.

The Blaugrana were thrashed 3-0 by Bayern Munich in their opening Champions League group game on Tuesday night.

The LaLiga side failed to muster a shot on target in all 90 minutes of the match.

It was a result and performance that increased the pressure on Koeman.

Barca will play three league fixtures within a week – with a trip to Cadiz sandwiched between home games against Granada and Levante respectively.

All three opponents are teams that are expected to finish in the lower half of the Spanish top flight this campaign.

It is claimed that if Barca slip up in any of those matches, then the board will have a decision to make on Koeman.

Relations between Koeman and club president Joan Laporta have become strained recently, with the Barca supremo admitting at the end of last season that Koeman only remained in a job after the club failed to find an upgrade.