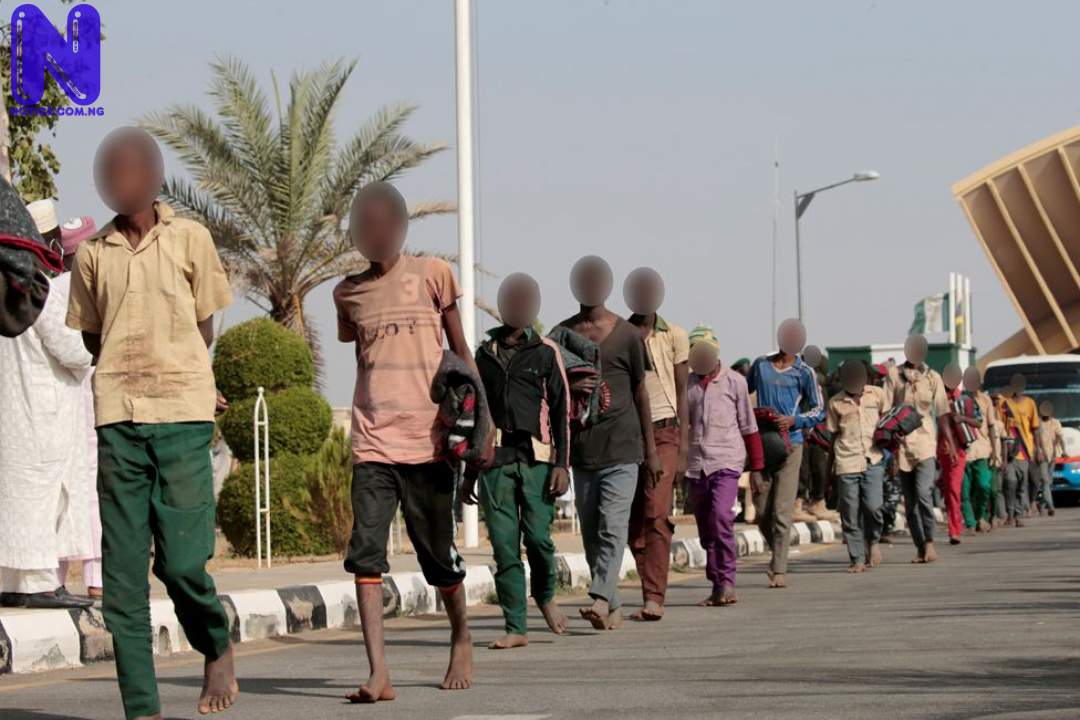 More than 70 Islamiyya school pupils kidnapped from Tegina community in Niger State have been released.

A large number of bandits stormed the village late May and

A security agent told PRNigeria Thursday night that the ex-captives are on their way to Minna from Birnin Gwari.

Tegina is located within Rafi Local Government Area of Niger. One person was shot dead and another critically injured during the attack.

The Salihu Tanko Islamiyya school was built by a retired Immigration officer.

In February, bandits of Government Science College, Kagara in Niger.

The citizens were released about 10 days later after ransom was paid.