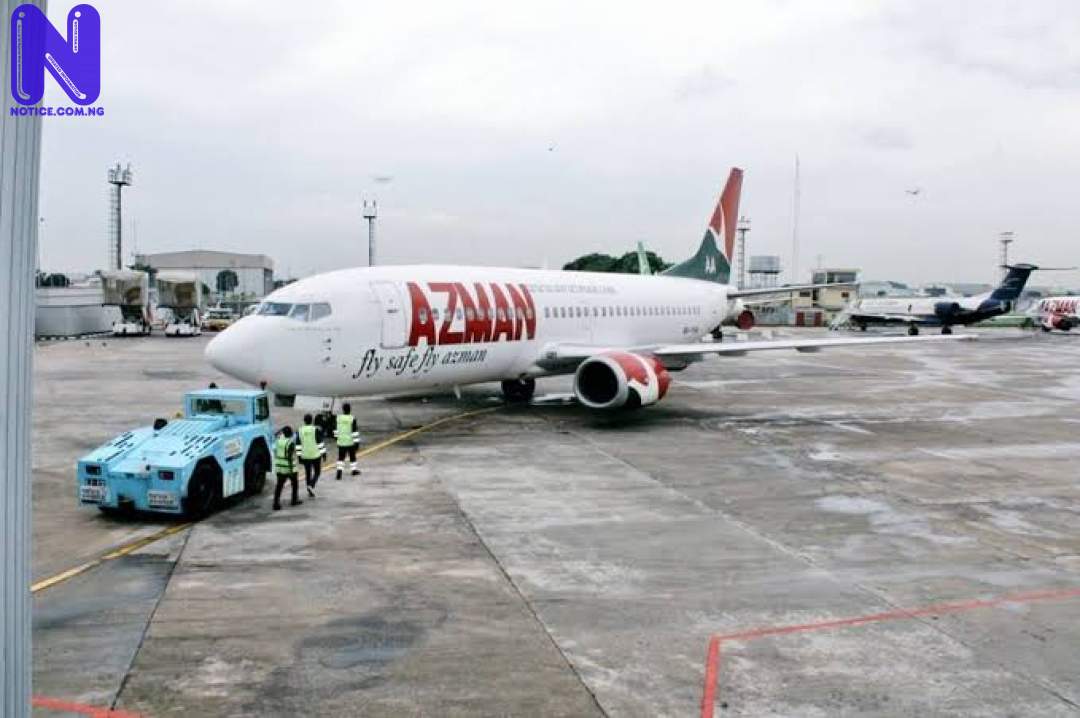 The Accident Investigation Bureau, Nigeria (AIB-N) has said it is investigating an incident involving a boeing 737-500, with nationality and registration mark, 5N-SYS belonging to Azman Air.
Mr Tunji Oketunbi, the General Manager (Public Affairs) of the Bureau in a statement on Thursday, said that the aircraft, with 49 passengers and six crew members onboard was en-route Lagos from Abuja when it suffered burst tyres on landing on Runway 18R.
He said that there was no injury or fatality.
According to him, “As the investigating agency, AIB needs and hereby solicits for the assistance of the passengers and members of the public.
“We want the public to know that we would be amenable to receiving any video clip, relevant evidence or information on the serious incident that can assist us with this investigation.”
“The Bureau will appreciate that the general public and press respect the privacy of the people involved and not assume the cause of the accident until formal report is released, ”NAN quoted him as saying.
The spokesman said that the bureau will soon release the preliminary reports or update the public where necessary.