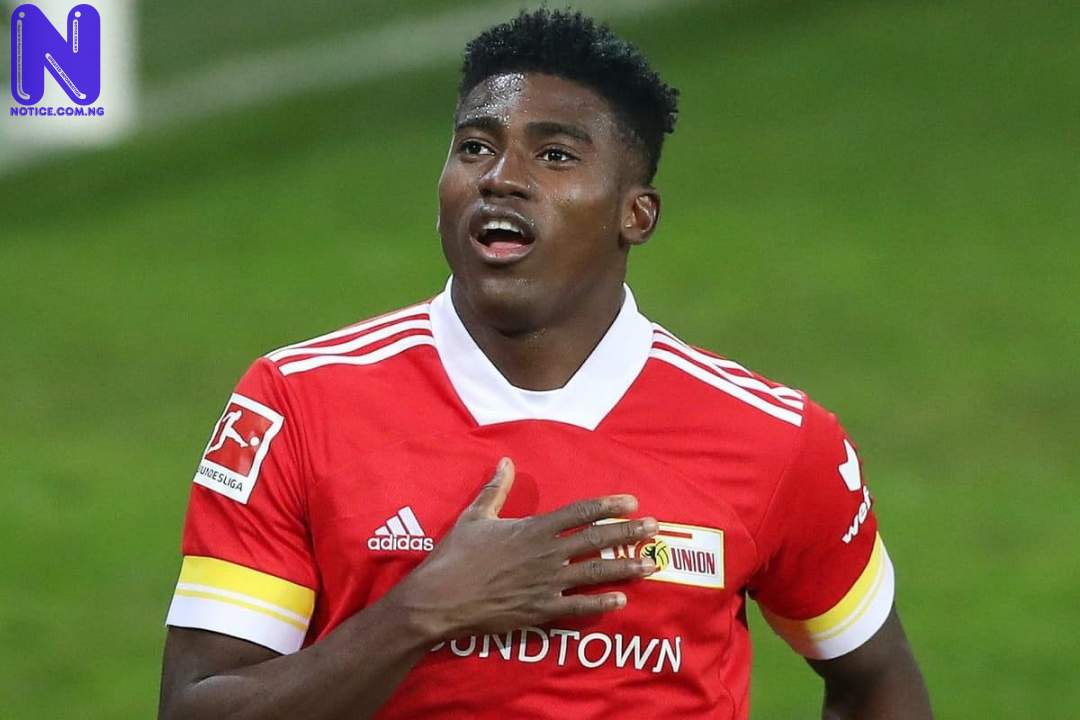 Taiwo Awoniyi will have a chance to say a proper goodbye to Union Berlin fans when his new club, Nottingham Forest faces the Bundesliga outfit in a pre-season friendly on Saturday, July 23rd.

It was the highest transfer fee paid by the Premier League new boys on a player.

The 24-year-old linked up with Union Berlin from Liverpool for £7m, a club-record fee last summer.

The Nigerian forward spent the previous campaign on loan at the Capital club.

He scored 20 goals in 43 appearances across all competitions last season.