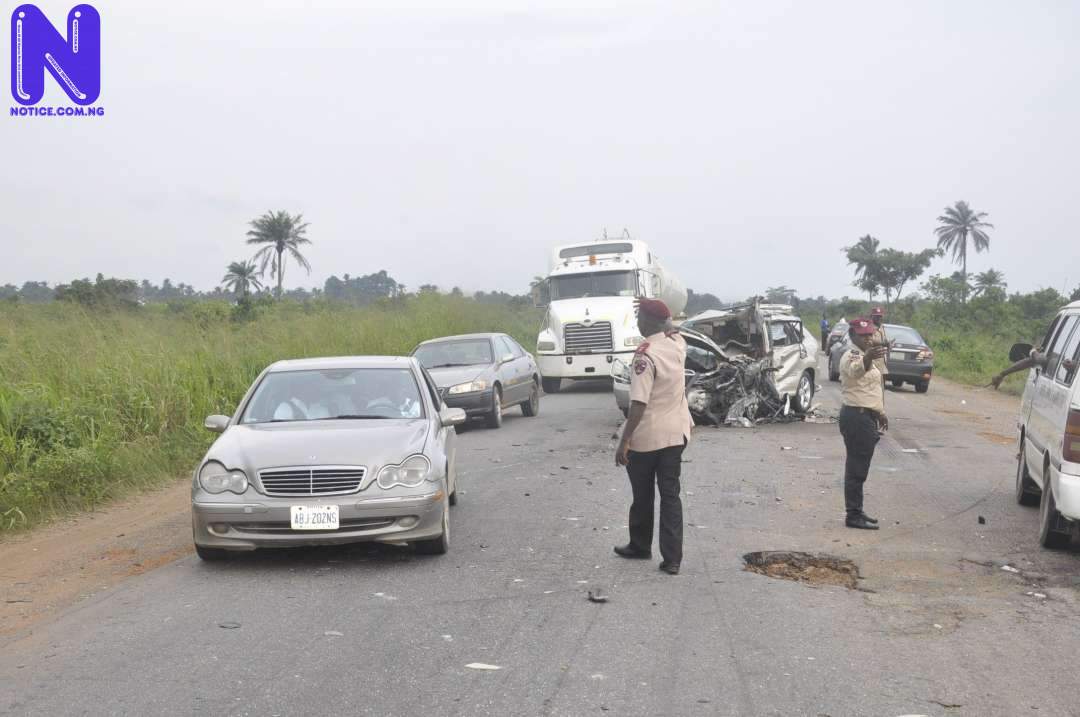 At least three persons on Wednesday, June 9, were confirmed dead while twelve others sustained varying degrees of injuries in a road accident that involved a bus at Iruekpen, Benin-Ekpoma Expressway, Edo State.

The Toyota bus belonging to one of the transport companies based in Benin City, Edo State, was said to be going to Ekpoma from Benin City before the incident occurred.

The bus, said to be carrying 14 passengers was said to be on a very high speed and was trying to overtake wrongly before the crash occurred.

Two of the passengers were confirmed dead on the spot, while one died on the way to the hospital and others who sustained injuries were taken to an undisclosed hospital while the dead were taken to the mortuary.

"What happened was that the driver was over-speeding, and wanted to overtake wrongly. Two of them died on the spot, but one died on the way to the hospital.While twelve persons sustained injuries," he said.