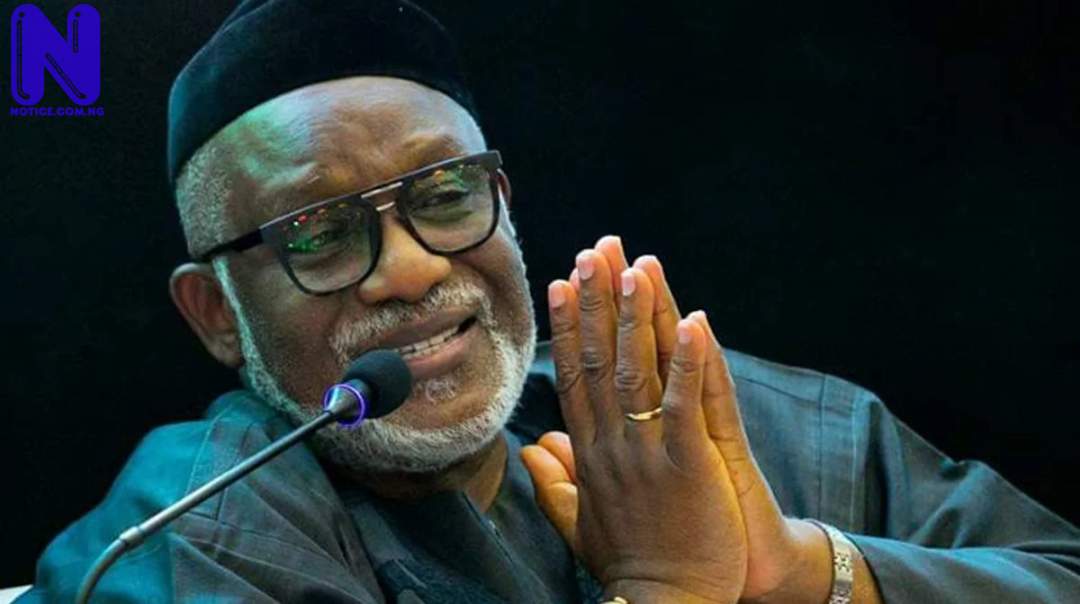 Governor Oluwarotimi Akeredolu of Ondo State has described the Saturday’s attack on the Governor of Osun State, Alhaji Gboyega Oyetola by End SARS protesters in Osogbo, the State Capital as an act of terrorism.
Akeredolu, who is the Chairman of the South West Governors’ Forum, described it as unwarranted and repulsive on the part of the protesters.
According to the Governor in a statement issued by his Senior Special Assistance on Media and Publicity, the End SARS movement which he described as genuine, was already being hijacked by politicians to visit their frustrations on perceived opponents.
While emphasizing that the movement had had a popular and receptive attitude to it by majority of Nigerian People, Akeredolu stated that the agitation seems to have come under a curious integrity test following the misdirected anger visited on Governor Oyetola by the protesters on Saturday.
While admonishing the organisers to rein in stakeholders involved in the agitation so as to stratify between those with genuine, altruistic desires for reforms and those who have offered themselves as mercenaries to unleash mayhem on innocent people, Akeredolu maintained that attack on any other Governor anywhere in the country is a clear infliction of double jeopardy as he stated that no Governor is in charge of any Police Formation, Unit or Department.
Akeredolu, in spite of that, called on youths to hold firm their belief in the Nigerian Project and press for whatever is desirable to make it work as he admonished them not to be useful tools in the hands of politicians at this trying period.