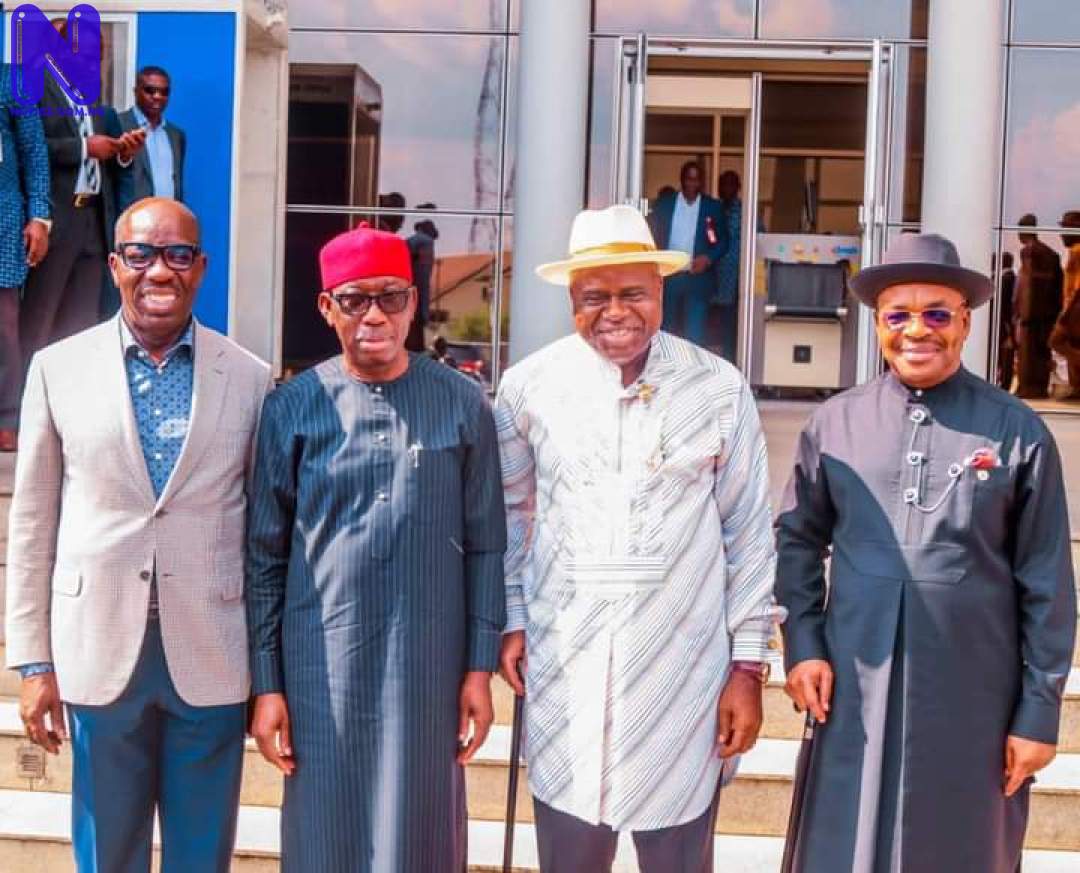 Delta Governor and the vice presidential candidate of the Peoples Democratic Party (PDP), Ifeanyi Okowa, has disclosed that the party's presidential candidate, Atiku Abubarkar, will meet with the G-5 Governors to put an end to the contending issues lingering within the fold of the party after their primaries.

Senator Okowa also debunked the claims that the party had resolved to dump the G-5 Integrity Governors led by Gov. Nyesome Wike and forge ahead for the 2023 presidential election.

Okowa, who made this known on Wednesday in Yenagoa after a meeting of the South-South Governors Forum alongside Gov. Udom Emmanuel of Akwa Ibom, Gov. Godwin Obaseki of Edo State and the host Governor, Senator Douye Diri, said the PDP will resolve all issues soon, and will not allow the G-5 Governors to leave the party.

According to Gov. Okowa, "The claim that the Party will dump the G-5 Governors is definitely not true. They are part of our family and I believe there are issues and these issues are being attended to. Very soon the Presidential Candidate will meet the Governors. They are part of the family and we are not going to allow them go. Obviously, there are many things being put in place to reconcile all sides and move together as one".

However, the Rivers State Governor, Nyesome Wike, the leader of the G-5 Governors, was conspicuously absent.

Earlier, Governor Godwin Obaseki of Edo State told newsmen that the governors' visit was to empathize with their Bayelsa State counterpart, Gov. Douye Diri, on the recent flood disaster in the state.

He said, "We are here to assure them that we are with them and to give them all the supports needed which may also include reaching out to our other brothers in the zone in order to resolve any differences that we have so as to move into the next year election as one strong united zone and party."

In his speech, Governor Douye Diri commended the South-South Governors for displaying a high sense of unity and togetherness during crises such as the recent flood disaster that ravaged the state.

On the PDP issue, Governor Diri said the South-South Governors remain united despite the noticeable dispute but also assured that it will be resolved soon.

"We are one. In a family, there are always disputes. But the dispute will not separate us. We will resolved those dispute and continue to put on as one. South-South is a PDP region and South-South is a place no other party can contend. I assure you that that the PDP will triumph at all levels in the next elections".