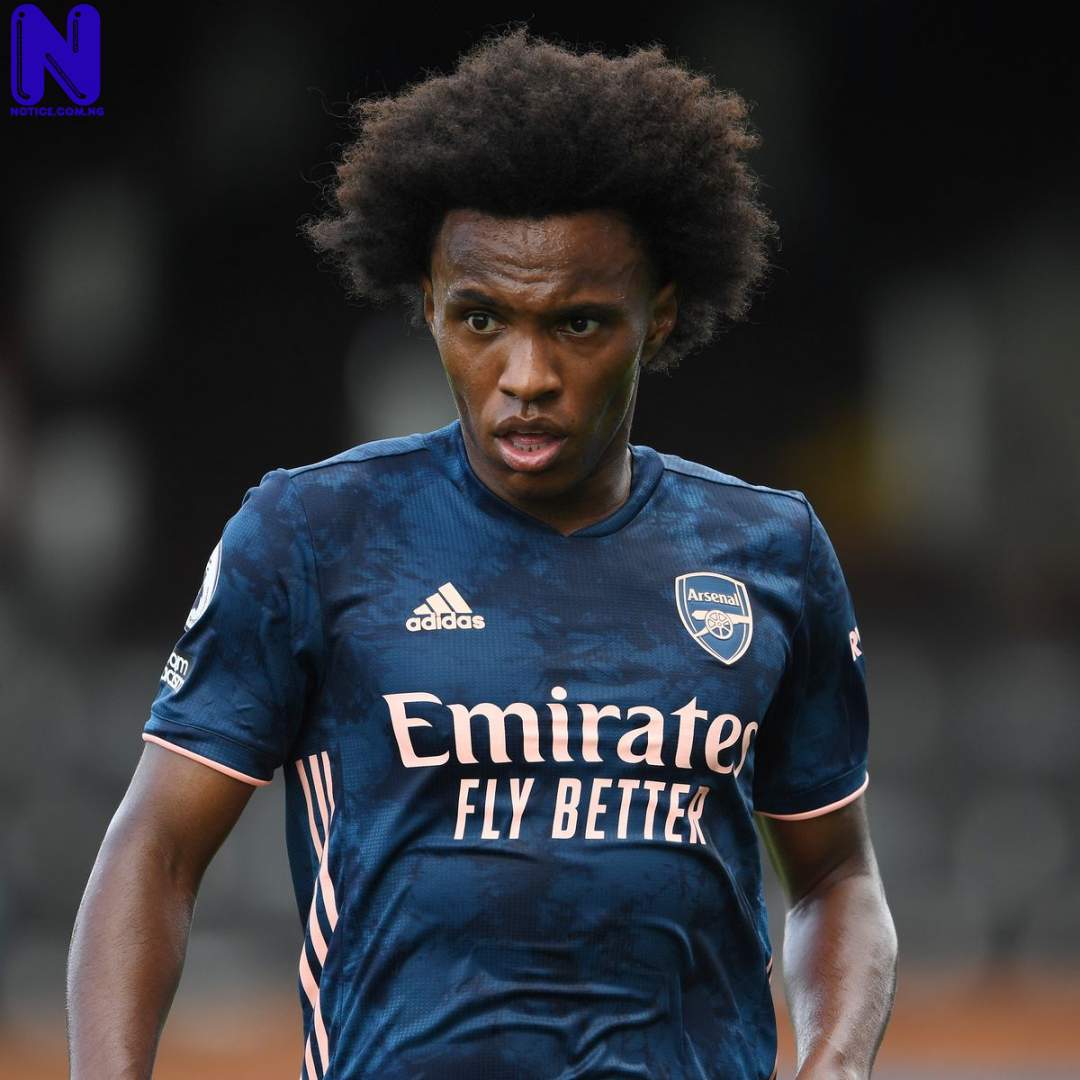 Arsenal manager, Mikel Arteta has said that he was happy with winger, Willian’s performance after he played the Brazilian in a centre-forward position against Manchester City in Saturday’s Premier League 1-0 defeat at Etihad.
Arteta also said that the reason he left two strikers, Alexandre Lacazette and Eddie Nketiah on the bench to start Willian against Pep Guardiola’s side was due to a ‘tactical decision’.
Man City defeated Arsenal at Etihad, thanks to Raheem Sterling’s lone goal in the first half after goalkeeper Bernd Leno spilt a shot into his path.
Speaking on Willian, Arteta said as quoted by Metro UK after the game: “We need to have the versatility to play in different formations, occupying different spaces.
“I believe it was a game for him, the way City play, the way they attract opponents and the spaces that can be used.
“He was really convinced as well. It was obviously really hard to leave two strikers on the bench, but it was a tactical decision.”
Asked if he was happy with Willian’s performance, Arteta added: “Yes, in some moments better than others.
“But I think he will grow and understand better that position as we use him on other occasions, maybe surround him with other players as well.
“But I’m happy with the game he had.”