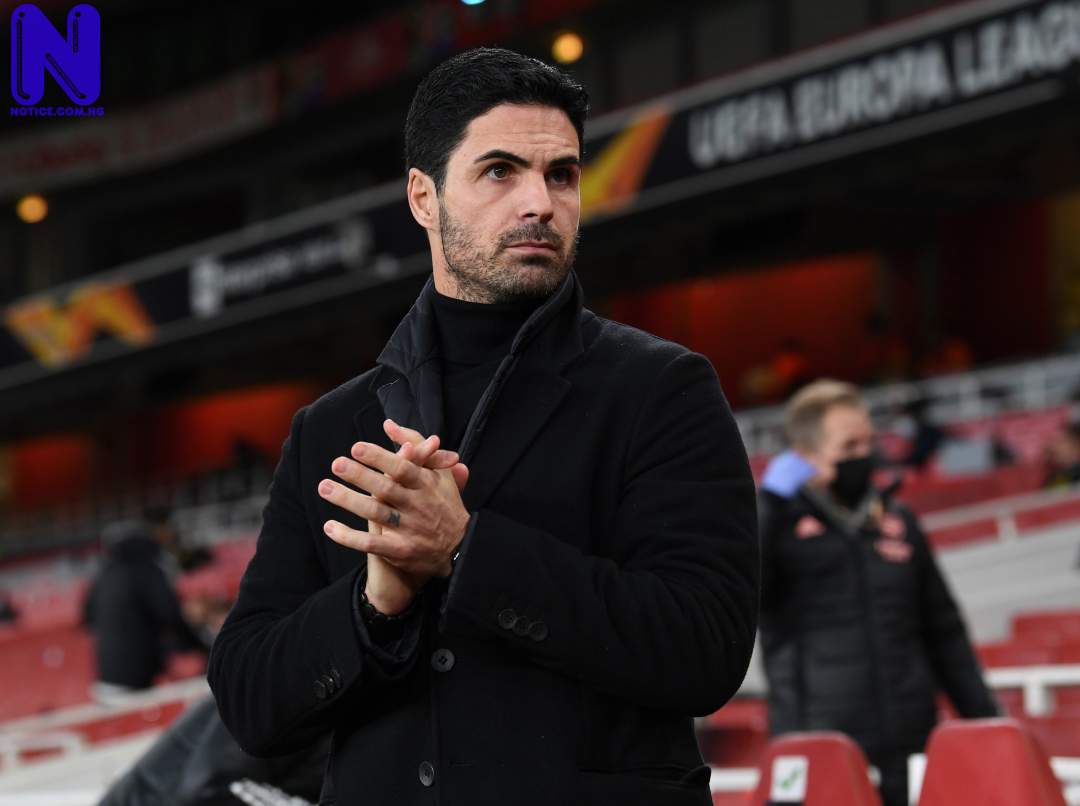 Arsenal manager, Mikel Arteta, has provided update on some of his players, Pierre-Emerick Aubameyang, Thomas Partey, Emile Smith Rowe, Dani Ceballos, Pablo Mari and Martin Odegaard ahead of his side’s Premier League clash with Manchester United on Saturday at Emirates.
Arteta’s men head to the game following a 3-1 win over Southampton in the Premier League on Tuesday, while Man United lost 2-1 to Sheffield United on Wednesday night.
Providing an update on his players during his pre-match press conference on Thursday, Arteta said, “They [Emile and Thomas] had some discomforts in different parts, Thomas and Emile, and we will have to see how they evolve.
“We still have some days until the game but not long, so let’s see how they recover.
“We will be training today and will see how everybody is. I think Dani Ceballos will be training with the squad in the next few days, Pablo Mari probably as well.
“Obviously Martin Odegaard will be joining us as well, and for the rest, we have to see how Kieran is. I think that’s it.
“I don’t know [If Aubameyang could return at the weekend]. I spoke with him yesterday, and things are looking better at the moment, but we are going to have to wait and see.”
The kick-off time for Arsenal versus Man United is 6:30 pm.