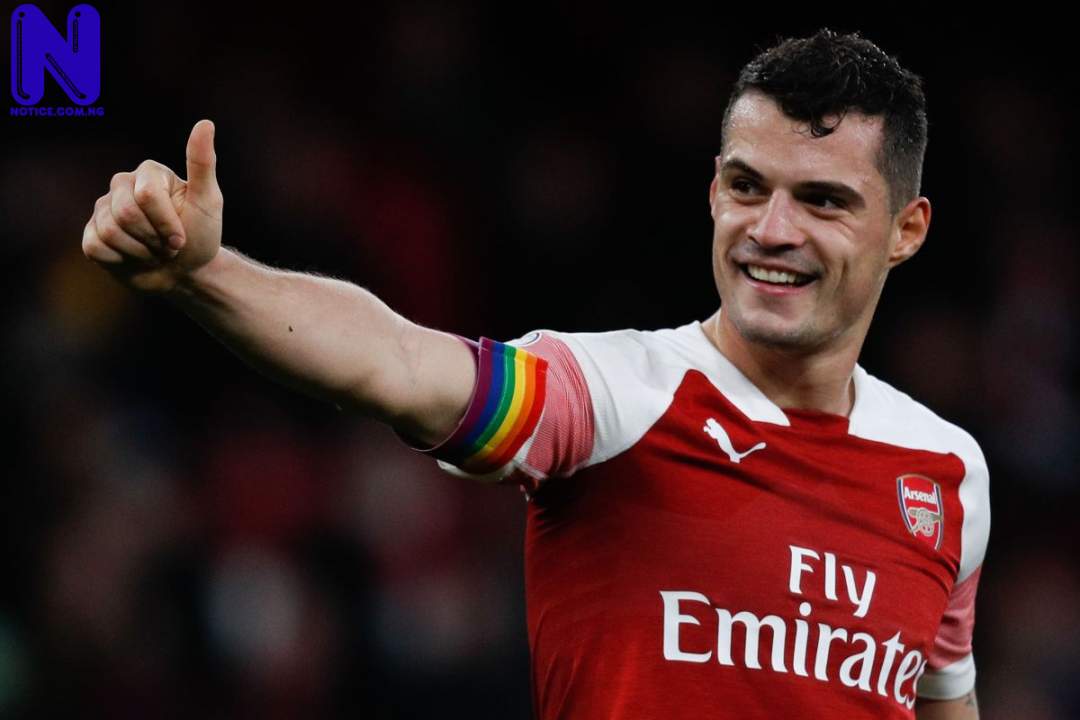 Arsenal midfielder, Granit Xhaka, has admitted that he almost left the Emirates Stadium last summer before signing a new contract until 2024.

According to Xhaka, Arsenal manager, Mikel Arteta, and the club’s technical director Edu, prevented him from leaving the Gunners.

Xhaka has had mixed success with Arsenal since his arrival in 2016.

The 29-year-old was stripped of the club captaincy in November 2019 after he appeared to goad the Gunners fans when they sarcastically applauded him off the pitch following a series of poor performances.

In an interview with ESPN, Xhaka confirmed that the rumours about his potential departure from Arsenal in the past were true and when asked why it didn’t happen, the Swiss international replied: “Because Mikel was the guy Edu, they did not let me go because they wanted to keep me here. Of course, my first reaction was to stay at the football club, but they opened the door: ‘If something comes, I can leave.’

“I have to be honest as well. I don’t want to say a name now, but the door was open for me to leave the club as well. But in the end, people decided to keep me here.”