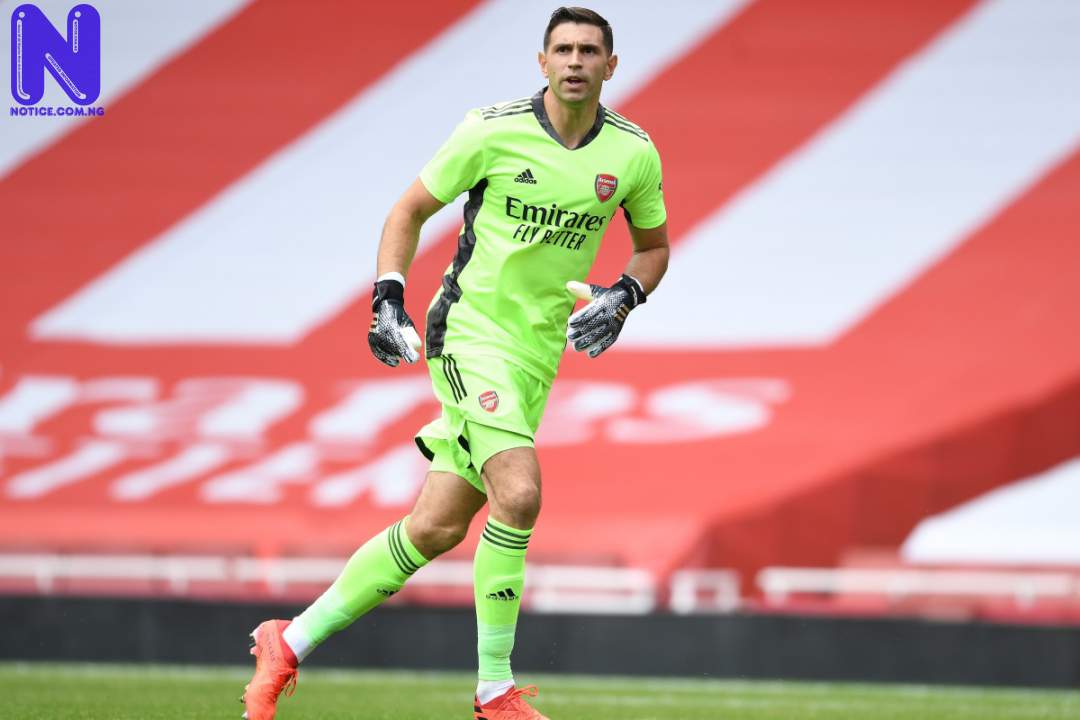 Arsenal manager, Mikel Arteta, has left Emi Martinez for their trip to Fulham on Saturday.
The Gunners face the newly-promoted side in the Premier League opener by 12.45 pm.
Bernd Leno will start in goal for Arsenal, as Martinez is close to sealing his exit.
Brighton have joined Aston Villa in the race to sign the Argentine, As stated by the UK Guardian.
Villa have been favourites to land Martínez who will cost around £20m.
The Midlands club bid £15m this week, but Brighton have exceeded their offer and Martínez will not face Fulham with transfer talks ongoing.
Martínez was a revelation when he deputised for the injured Leno at the back end of last season, helping Arsenal to victory in the FA Cup final, and wants No 1 status after a decade as a deputy or on loan. But Mikel Arteta has been unwilling to guarantee that to either of his keepers and Martínez, 28 and desperate for regular football, now looks certain to leave.