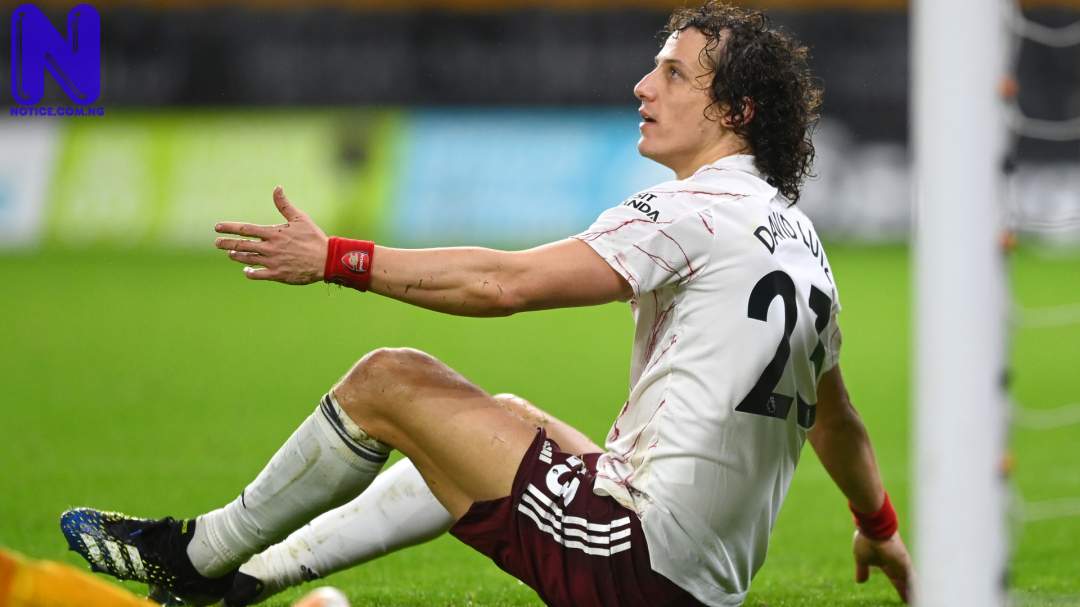 Arsenal will appeal David Luiz’s red card against Wolves, Goal reports.
Luiz was sent off after referee Craig Pawson deemed that he tripped Willian Jose in the box as the first half ended.
Ruben Neves stepped up to make it 1-1 at Molineux, cancelling out Nicolas Pepe’s opener.
The hosts won it thanks to a superb effort from Joao Moutinho.
Arsenal will now be appealing Luiz’s sending off, as they believe the defender’s challenge was accidental.
The club believes Luiz was clearly trying to avoid any contact with Jose before the striker went down.
Arsenal has studied the footage and strongly feel that contact was minimal if there was any at all.
When asked if the club would seek to have the red card overturned, manager Mikel Arteta responded: “I would say yes, let’s go straight away, but we have to speak and make the decision [about] what’s the best thing to do.