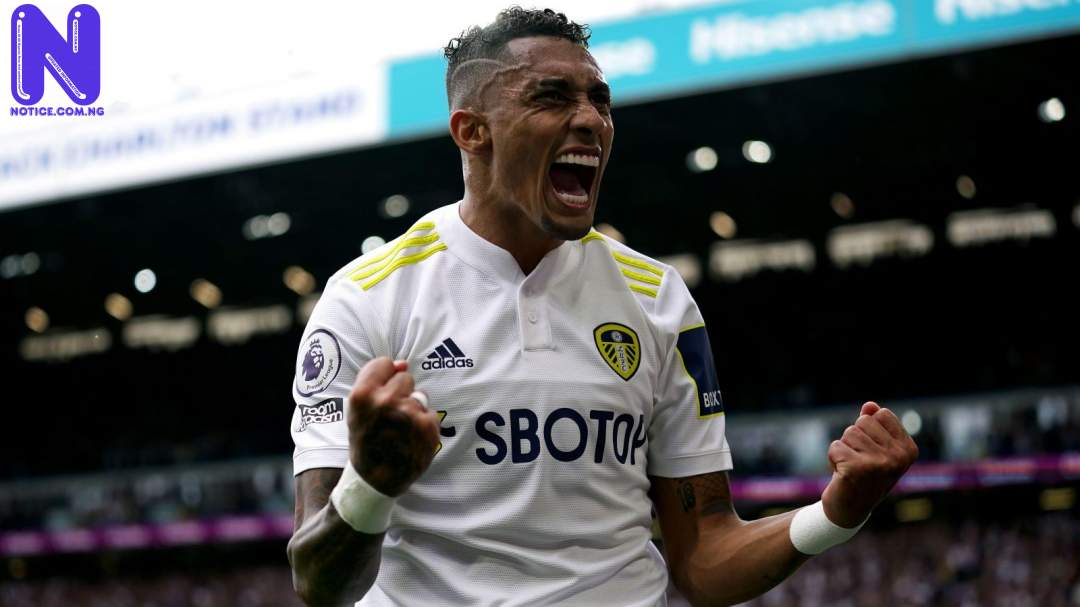 Arsenal have emerged as strong favourites to sign Raphinha from Leeds United.

The Gunners have gone ahead of Chelsea and Tottenham for the Brazilian’s signature.

Arsenal’s opening offer of less than £40million was rejected by the Premier League side earlier this week.

The Gunners are now set to return to the negotiating table in the coming days and are ready to submit an improved bid.

Earlier, Barcelona were said to be leading in the race to sign the 25-year-old but the Spanish side are under some financial restriction.

The Athletic reports that the Brazilian is increasingly minded to joining the growing number of countrymen at Arsenal.

Brazilians such as Gabriel Martinelli and Gabriel Magalhaes are already key members of Mikel Arteta's first team set-up, while teenager Marquinhos arrived from Sao Paulo earlier in the window.

Arsenal are also on the verge of signing another Brazilian Gabriel Jesus from Manchester City.

Raphinna’s club Leeds United, are holding out for a fee in the region of £65m.