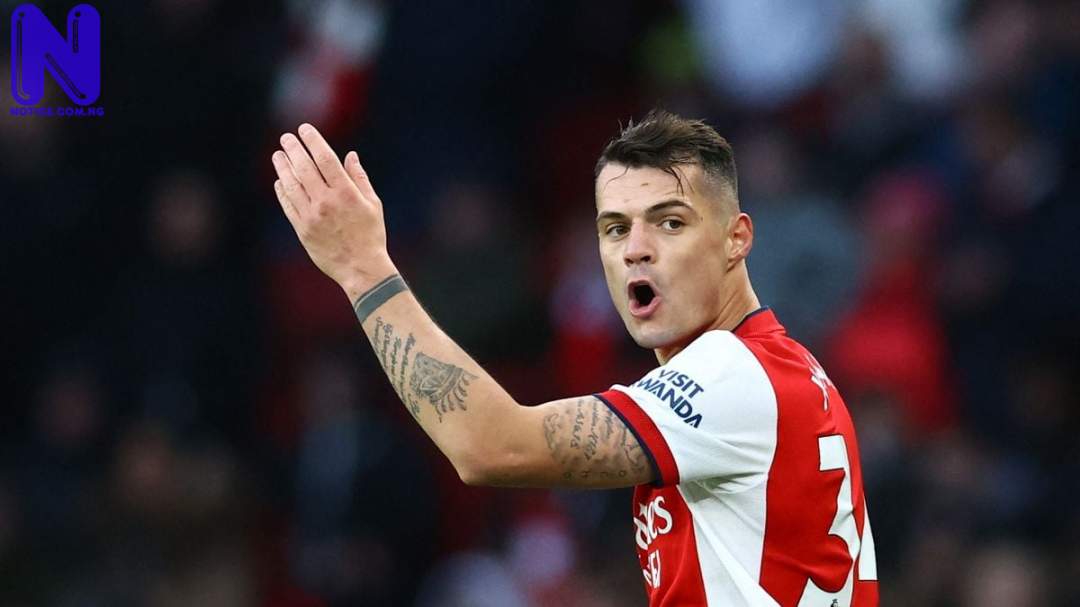 Arsenal midfielder, Granit Xhaka, has been named Switzerland's male national team Player of the Year for 2022.

Arsenal disclosed this in a statement via its website on Tuesday.

Reacting, Xhaka said he was proud to be named his country's national team Player of the Year.

He wrote on Instagram: "Very proud to be named Switzerland player of the year. Big thanks for the support – it really means a lot."

Xhaka enjoyed a stellar year in his country's colours.

He featured in all 13 of his nation's matches during the calendar year.

Xhaka played in 1,143 out of a possible 1,170 minutes during that time, wearing the captain's armband throughout.

arsenal
Player of the year
Xhaka