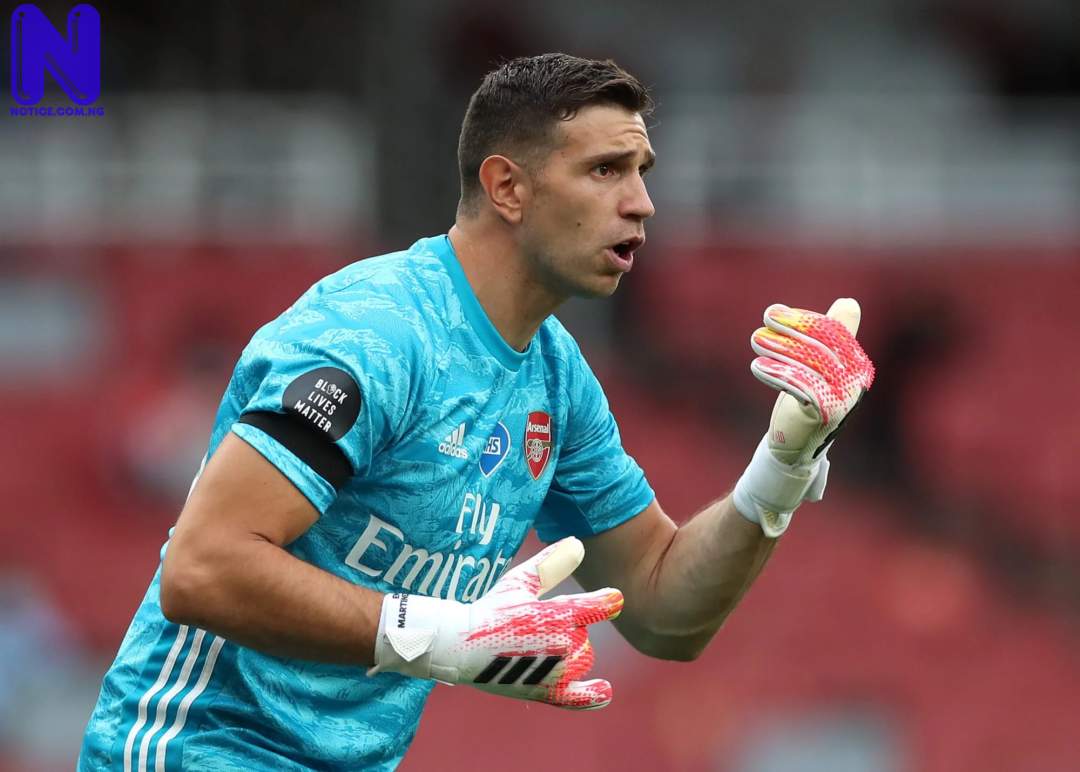 Arsenal are set to make a fresh bid for Brentford goalkeeper, David Raya, as Emiliano Martinez closes in on a move to Aston Villa.
The Gunners have accepted a £16 million offer for Martinez, who filled in admirably for Bernd Leno towards the end of last season.
The Argentine was impressive, as Mikel Arteta’s won the FA Cup and Community Shield.
But Martinez is reluctant to remain as No.2 behind Leno and decided to leave the Emirates.
Leno started in goal and kept a clean sheet as Arsenal began their Premier League campaign with a 3-0 win over Fulham at Craven Cottage, while Martinez was given permission to travel to the Midlands ahead of a medical.
Raya has been earmarked as Martinez’s replacement and, As stated by The UK Sun, Arsenal are prepared to pay as much as £10 million for the Spaniard, who missed his side’s defeat at Birmingham on Saturday through injury.