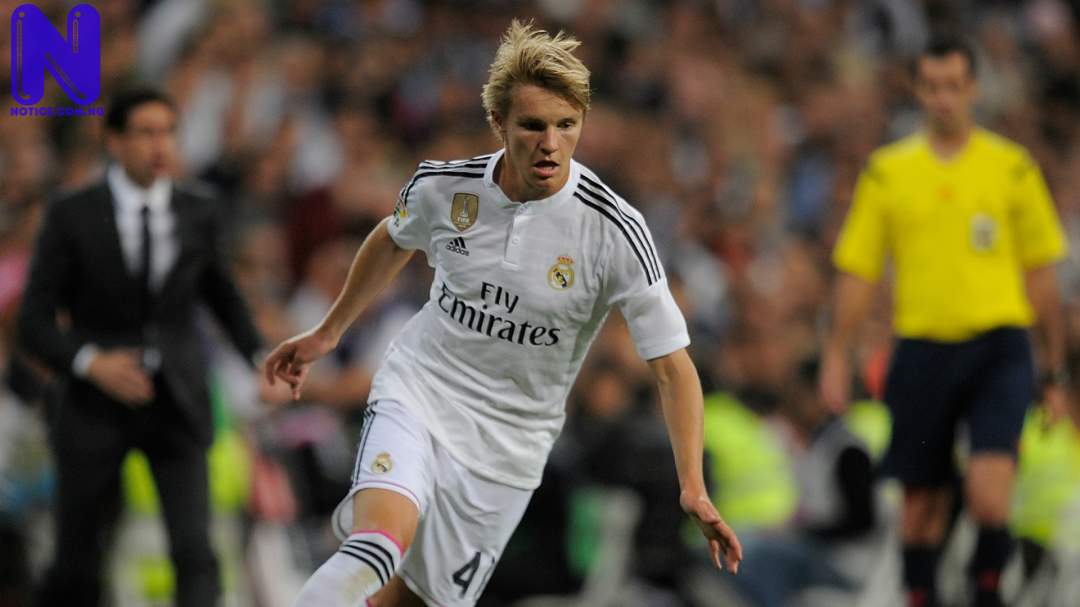 Arsenal has reached an agreement to sign Martin Odegaard on loan from Real Madrid, As stated by El Confidencial.
The 22-year-old wants to leave the Santiago Bernabeu to get more playing time.
Odegaard is believed to be unhappy with his lack of minutes under Zinedine Zidane this season and has asked to leave before the end of the transfer window.
The Norwegian favoured a return to fellow LaLiga side Real Sociedad, where he spent last season on loan.
However, Real Sociedad has now lost out to Arsenal in the race to sign Odegaard.
Odegaard will join the Gunners on loan for the remainder of the season with no purchase option included in the deal.
Sociedad was keen on signing Odegaard for a second time but had insisted on a purchase clause as part of the loan deal.
While Real Madrid is okay with Odegaard leaving, the Spanish champions want to keep control of the midfielder’s long-term future and do not want him to leave permanently.
Arsenal already has a strong relationship with Madrid due to their loan agreement with Dani Ceballos, who is in his second season on loan with the Gunners.