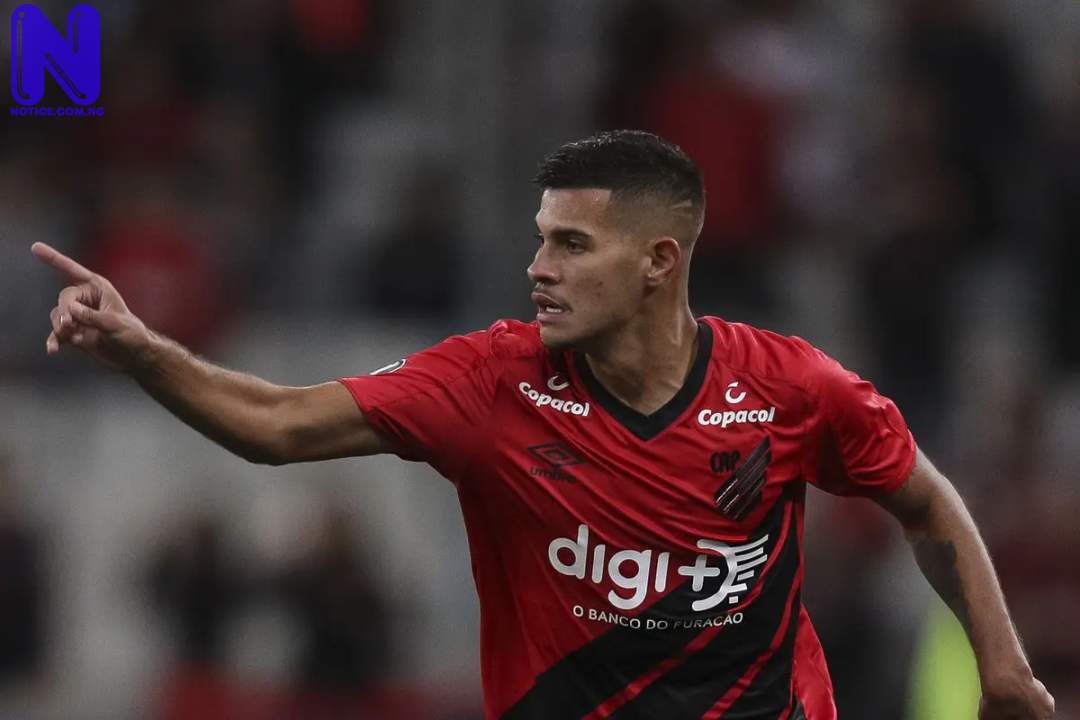 Petraglia claims the Gunners have expressed a desire to sign the 22-year-old Brazilian midfielder.

in spite of that, it is likely they will be waiting until the summer to sign the player.

“Arsenal are interested but will only make an offer towards the end of the season,” Petraglia told Portuguese newspaper, O Jogo.

Arsenal are not the only team after Guimaraes, with Portuguese champions already in negotiations ahead of a possible transfer.

“Yes, it is true [that Benfica have made an offer]. Yesterday, Benfica’s official proposal to hire Bruno Guimaraes arrived,” Petraglia added.

“We are going to study Benfica’s proposal. On Monday, we will meet the club’s management to assess this situation.”

READ ALSO >>> Why Pogba, Bruno Fernandes may not play together – Berbatov - EPL