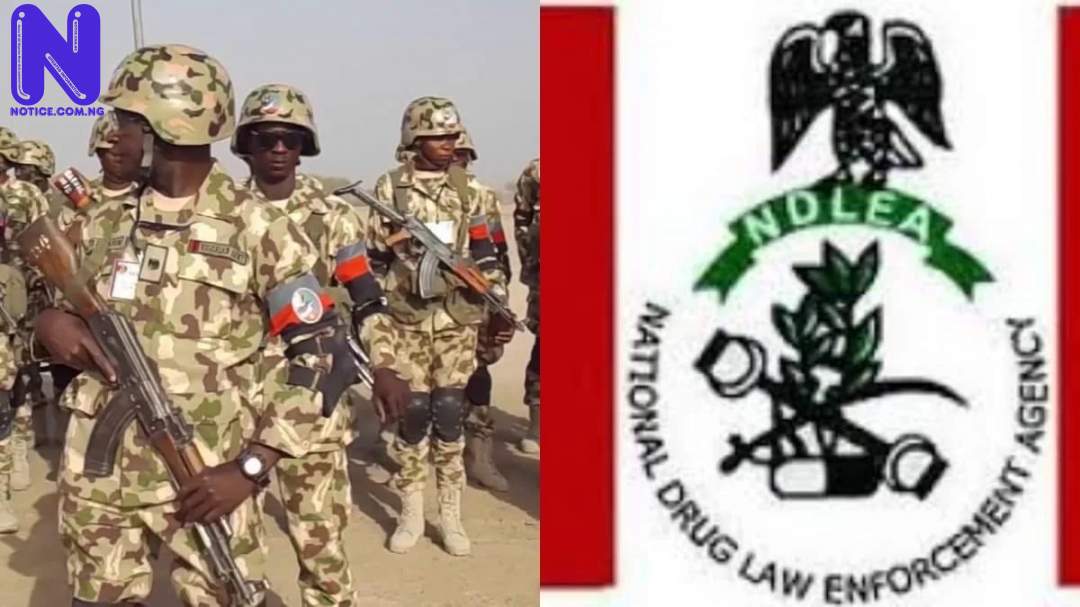 Commander 13 Brigade, Brig. Gen. Abdullahi Mohammed has handed over two suspected drug barons to the National Drug Law Enforcement Agency (NDLEA)
Speaking while handing over the suspects, the commander who was represented by the commander of 13 Brigade Provost Company, Maj. Stanley Ikpeme, said that the suspected drug peddlers who include 37-years-old, Mr. Effangha Effangha, and 34 years old Eno-Obong Loius Udome were caught in possession of substances suspected to be hard drugs at No: 65, Nelson Mandela Street Calabar and Ekpeyong Ekpo at Akpabuyo LGA which is some few kilometres away from Calabar metropolis.
The 13 Brigade Commander maintained that the suspects were arrested by the troops during one of their patrols on February 25 and 26, 2021 with the intention to hand them over to appropriate authorities for thorough investigation.
“I am directed to hand over the suspects and the substance to you for further investigation and possible prosecution. You are please, requested to furnish this office with the outcome of investigation to enable us update our records, ” Abdullahi said.
Receiving the suspects, NDLEA Principal Staff Officer Operations, Mr. Abubakar Mohammed, stated that the substance recovered from the suspects would be taken to the NDLEA’s laboratory for analysis to ascertain the kind of hard drugs in possession of the suspects.
Speaking with the suspects, Mr. Effangha Effangha and Mr. Eno-Obong Louis both denied the allegation and claimed to be innocent of the allegation levelled against them