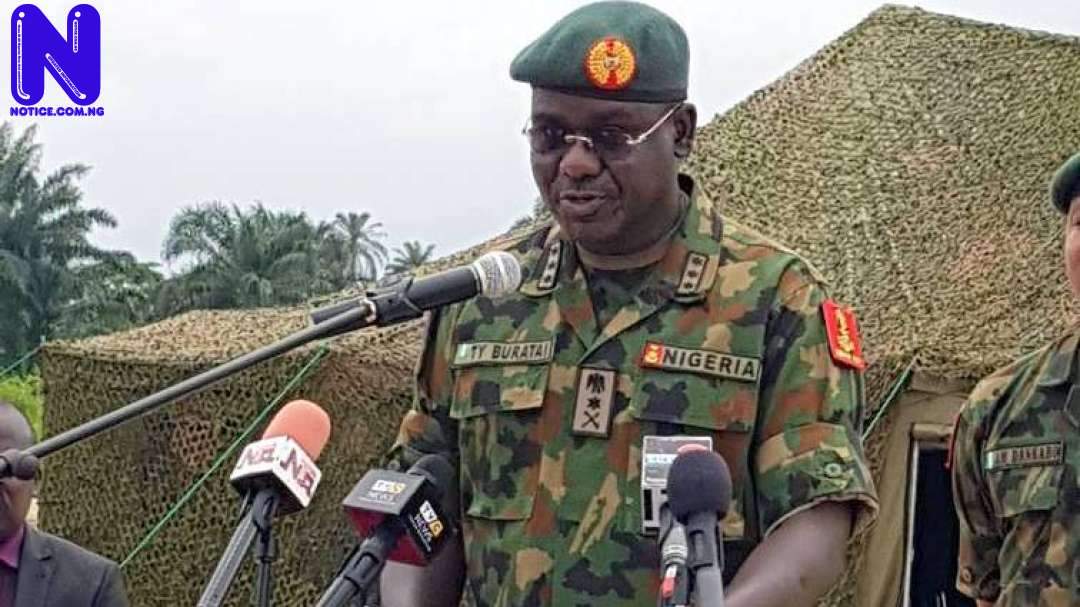 Chief of Army Staff, Major General T.Y. Buratai has said that, the Nigerian Army must wake up to its traditional responsibility of defending the integrity of the nation in the face of challenges posed by the Islamic sect, Boko Haram.
Buratai who was speaking on Sunday during his visit to military formation in Konduga local government area of Borno state renamed the the operation from “Operation Zaman Lafiya” to ” Lafiya Dole” saying the change was informed owing to the fact that, government has given the insurgents the opportunity for peace but they threw it away, hence “enough is enough.”
The new Army Chief, who addressed the troops assured them of continued support, adding that, it is their duty to ensure that peace returns to the northeast whether the insurgents like it or not.