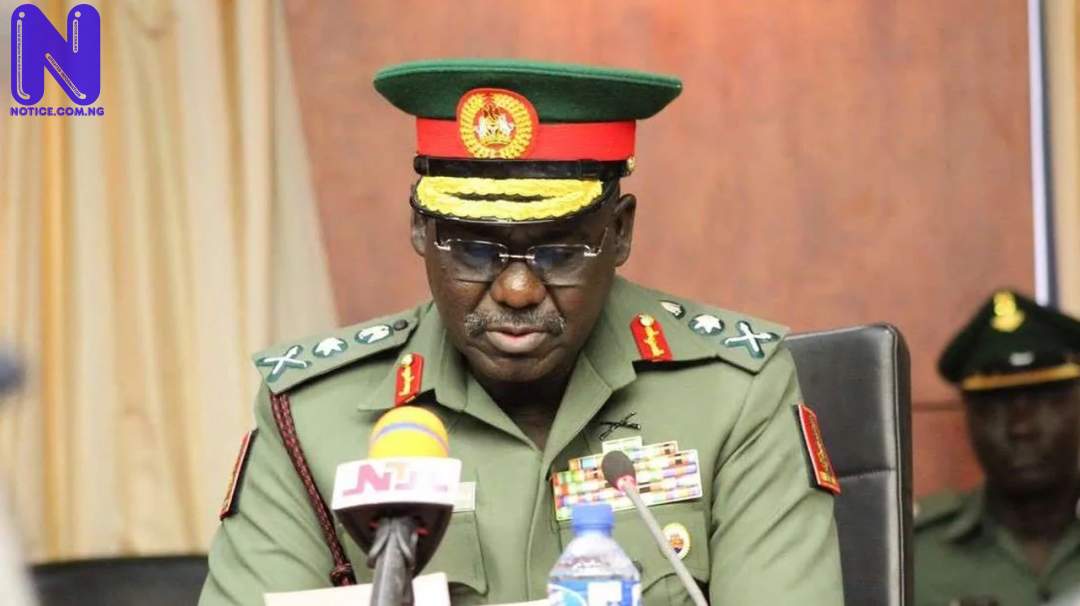 Nigerian Army Chief, Tukur Buratai has hailed troops of Operation TURA TAKAIBANGO for repelling Boko Haram/ISWAP attack on Friday.
The terrorists had invaded an Army base in Marte, Borno State.
Soldiers reinforced and fought the insurgents with support from the Air Task Force unit of Operation LAFIYA DOLE.
Buratai said the destruction of gun trucks and decimation of a number of the attackers was a good display of gallantry.
Brigadier General Sagir Musa, the Army spokesman, relayed the Army topmost officer’s reaction in a statement.
Buratai added that the troops’ “heroic and patriotic actions resulted in the successes recorded”.
He urged them to maintain the momentum to ensure the speedy final defeat of Boko Haram/ISWAP terrorists in Nigeria.