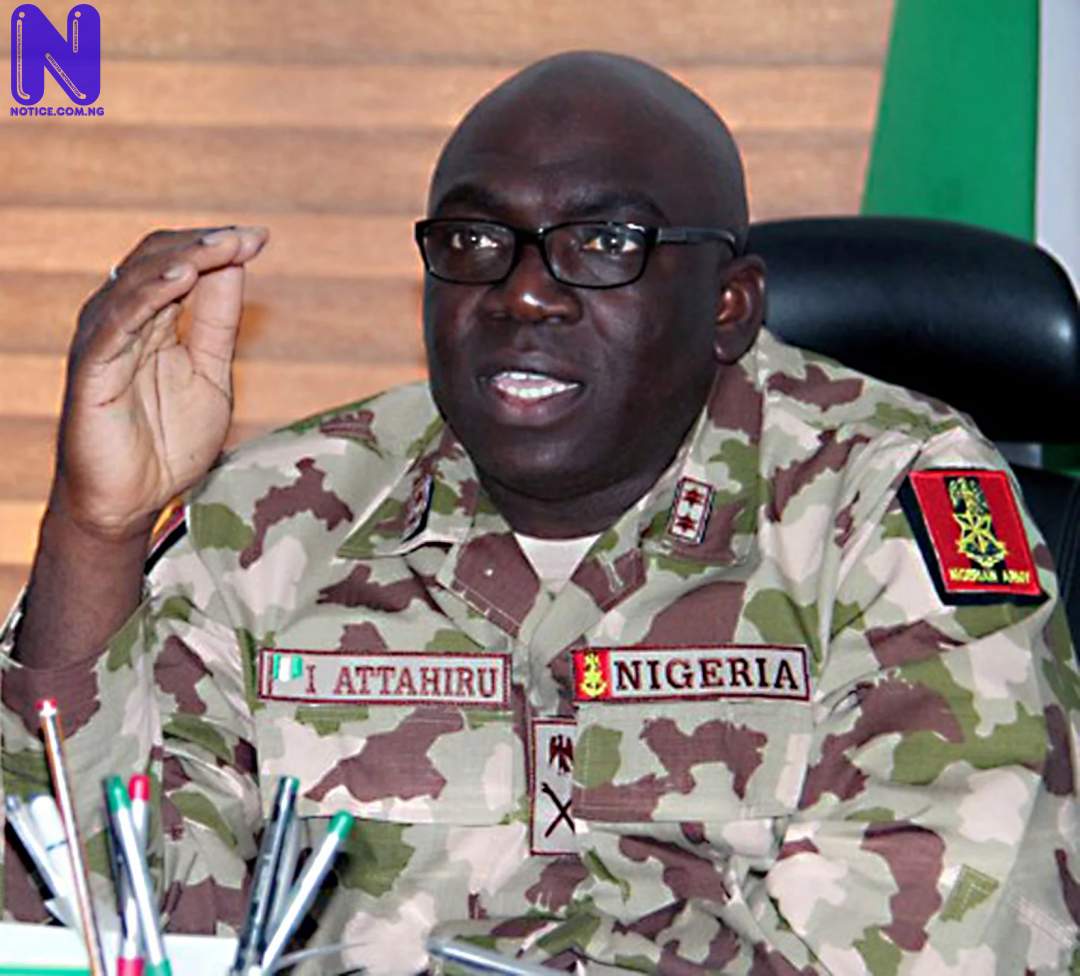 Chief of Army Staff, Major General Ibrahim Attahiru has hinted on Nigerian Army’s plan to launch the second phase of the 2021 counter-insurgency operation against Boko Haram and ISWAP.
Attahiru made the disclosure on Saturday while briefing newsmen during an operational visit to Theater Command Headquarters of Operation Lafiya Dole in Maiduguri.
His trip was to appraise the military offensive in the Sambisa general area and boost troops’ morale.
Attahiru noted that the synergy between the air and ground forces has been excellent and brought about recent successes.
“Areas around Njimiya, Sabilul Huda and the general area where Boko Haram had deployed before now have been cleared. We can rightly say we can get to the second phase of the operation, which will start soon,” he said.
The COAS described recent attacks by the insurgents on Marte and Dikwa as an attempt to distract the troops from the gains being recorded.
“Our troops gave a good account of themselves and took on the terrorists decisively. We will encourage them and bring in more combat multipliers”, he said.
Attahiru assured Nigerian People that the military was determined to stamp out the menace of insurgency and other forms of criminality.