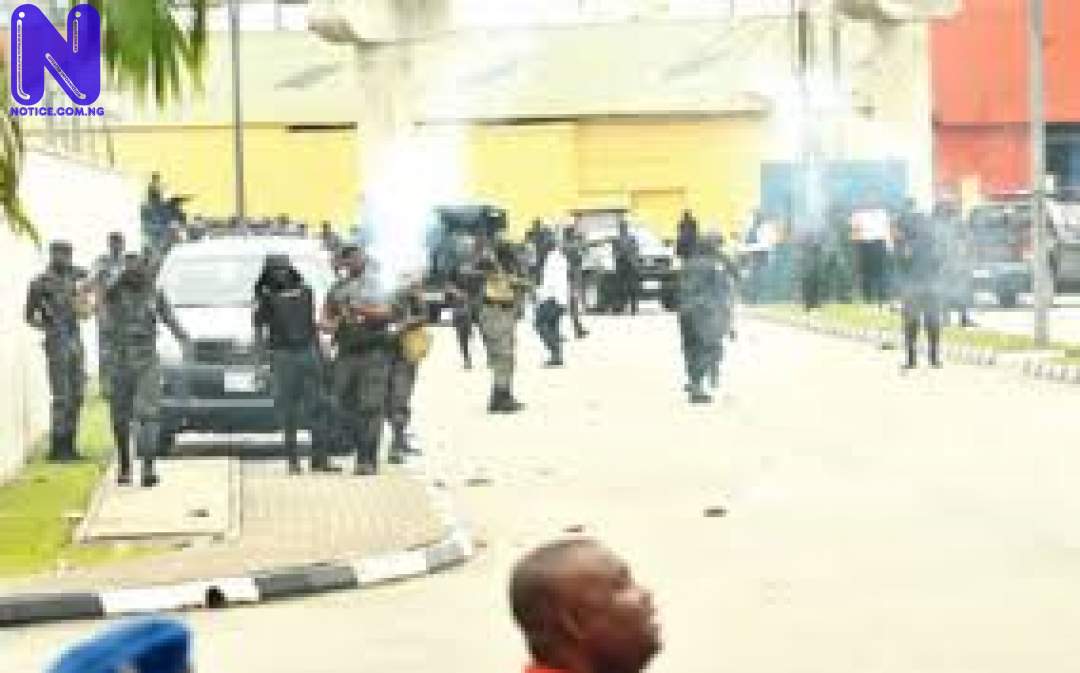 Report says the officer was shot at the Nigerian Ports Authority roundabout in Warri. He was reportedly shot by the policeman three times on the chest.

It was gathered that the policeman was shot while in company of two persons in a car.

The victim was said to be escorting one of the occupants who had withdrawn some money from a bank.

According to an eyewitness identified as Chigozie Joshua, two of the robbers came out of their Toyota Corolla car and shot the policeman three times, before they removed the money from the car and escaped.

He added that the bandits spared the lives of the other two occupants after taking the money contained in a nylon bag.

“I was hawking by the road side when three guys stopped the car which the policeman was in, then they shot the policeman three times in his chest”.

The State Police Public Relations Officer, DSP Celestina Kalu while confirmed the incident, said the police has commenced investigation into the robbery, adding that the hoodlums will be arrested soon.