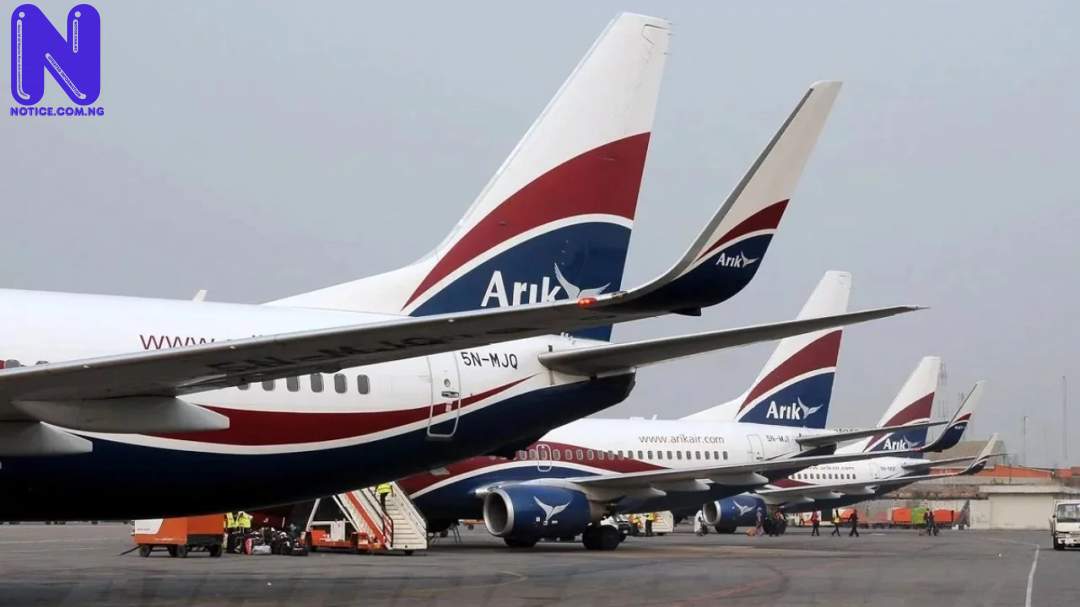 The management of Arik Air has announced the resumption of normal flight operations after Monday’s disruption by some workers unions.
Mr Adebanji Ola, the Communications Manager of Arik Air announced the resumption in a statement made available to the News Agency of Nigeria (NAN) in Lagos on Tuesday.
According to Ola, all Arik Air’s early morning flights for Tuesday, Sept. 15, operated in and out of Lagos on schedule, and all other flights for the day will operate as scheduled.
Mr Innocent Atasie, Chairman, Air Transport Senior Staff Services Association of Nigeria (ATSSSAN), Arik Air Branch, told NAN that the strike was put on hold based on the request of Capt. Musa Nuhu, the Director-General of Nigerian Civil Aviation Authority (NCAA), who asked for a meeting with the union.
He mentioned that the outcome of the meeting with the Director-General would determine the next line of action.
Press recalls that Aviation Unions, on Monday, shut down the operations of Arik Air for non-payment of salaries.
The unions that included the National Union of Air Transport Employees (NUATE) and Air Transport Senior Staff Services Association of Nigeria (ATSSSAN) claimed that Arik Air has since April not paid its workers after placing 90 per cent of its workforce on compulsory leave.