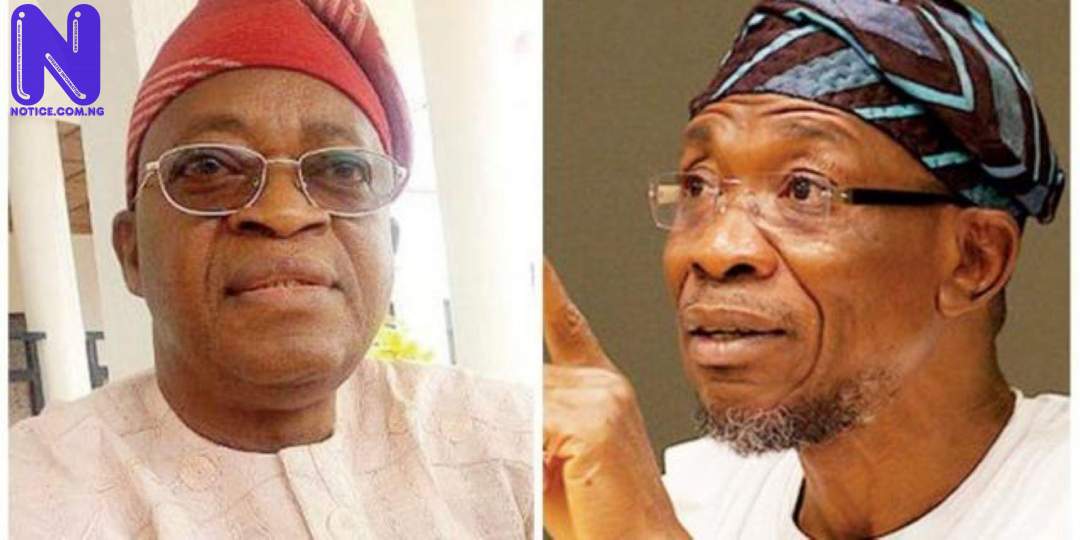 The report that Rauf Aregbesola, the Minister of Interior and the Osun State Governor, Adegboyega Oyetola have settled their rift has been described as untrue.

This revelation was made by Seun Abosede, the Youth Leader of the Rasaq Salinsile-led faction of the Osun State chapter of the All Progressives Congress (APC) on Sunday in Osogbo.

Abosede explained that the picture being circulated on social media where Aregbesola and Oyetola were hugging each other is an old picture.

He added that the minister never met with Oyetola in recent times as regard settlement of the APC crisis in the State.

“The people circulating the picture are same set of people who had crucified, badmouthed and lied against Aregbesola to achieve their selfish goal. They should bury their heads in shame for smearing the Ex-governor’s image.

“While we are not opposed to genuine reconciliation of both Governor Oyetola and Aregbesola’s camps, the picture being circulated by the “data boys” is not only misleading but mischievous.

READ ALSO >>> Oyetola, Aregbesola fought each other after robbing me – Adeleke - Osun election