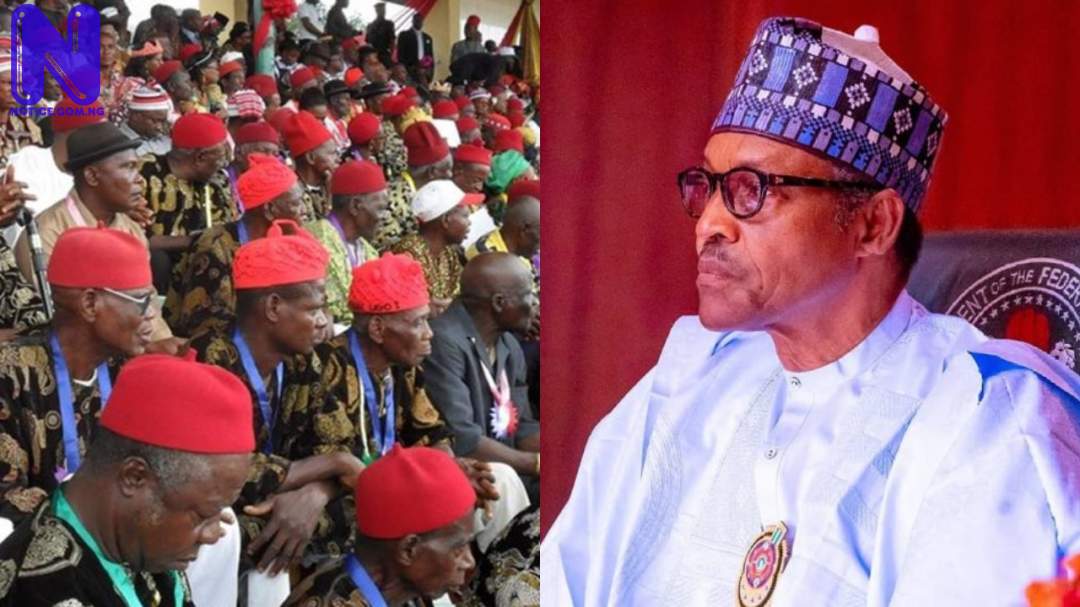 President General of Ohanaeze Ndigbo General Assembly Worldwide, Basil Onuorah, has advised President Muhammadu Buhari to appoint an officer of South-East origin as the next Inspector-General of Police.
Onuorah made the call in a statement on Wednesday in reaction to the appointment of new Service Chiefs.
He commended Buhari for yielding to Nigerian People’ demand.
Onuorah charged the new military chiefs to get prepared for “the onerous task and challenges of insecurity in our country”.
He, in spite of that, lamented that despite the cries of Igbo people, the President failed to pick a Service Chief from the South-East.
“There is no Igbo man among the newly appointed Service Chiefs. Those who claim Chief of Defence Staff, Maj. Gen. Leo Irabor is an Igbo man who should tell us if IRABOR is an Igbo name.
“As the Inspector General of Police is due for retirement and getting ready to exit the position, we call on the APC-led Federal Government to consider an Igbo person as successor”, the Ohanaeze chieftain said.