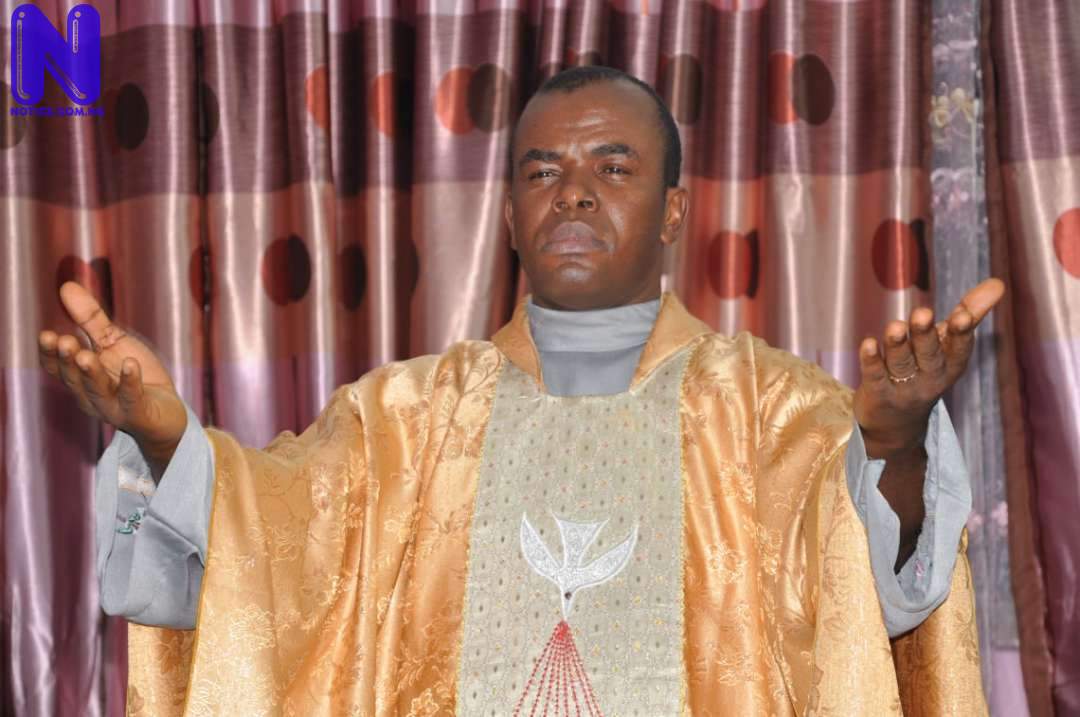 Two-time Commissioner in Imo state and a chieftain of the All Progressives Congress (APC), Dr. Vitalis Ajumbe, Wednesday, criticized attackers of Rev. Fr. Ejike Mbaka, the director of Adoration Ministry, Enugu, over his 2020 new year prophecy.

Press reported that Mbaka had prophesied that the governorship candidate of the All Progressives Congress, APC, in Imo State, during the last election will emerge governor of the state.

Mbaka predicted that Senator Hope Uzodinma, will take over from Emeka Ihedioha as Imo Governor in 2020.

in spite of that, the Supreme Court had on Tuesday sacked Gov Emeka Ihedioha of the Peoples Democratic Party, PDP, and declared Uzodinma as the Governor of Imo State.

It, therefore, ordered the Independent National Electoral Commission, INEC, to withdraw the certificate of return from Ex-Governor Emeka Ihedioha and issue same to Uzodinma.

Reacting, Ajumbe, who served as Commissioner of Information during ex-governor Rochas Okorocha-led government, in a telephone interview with Press, asked antagonists of Mbaka’s prophetic declaration on Imo gubernatorial seat to apologize to the revered Catholic priest over lashes meted to him.

He said the unanimous affirmation of Senator Hope Uzodinma as the duly elected Governor of the state by the Supreme Court had brought back APC where it originally belonged.

The APC chieftain said, “I congratulate Senator Hope Uzodinma and all APC members for the victory. Imo State has come back to APC where it originally belonged. People who called Rev. Mbaka names as a false prophet should now apologise to him publicly. Mbaka prophesied it and it has come to past.

“The highest court in Nigeria has said it and there is no going back. Congratulations to Senator Hope Uzodinma and His Deputy, Professor Placid Njoku. Emeka Ihedioha tried his best. He fought like a lion. He outsmarted his opponents in the last governorship election”.

“He should take it as a sportsman. Age is still on his side. He may one day be the Governor of Imo state,” Ajumbe added.